A Custom Hearable, Tailored By Starkey

In a story I read many years ago there was a device that was implanted in your cochlea. A device that allowed you to interact with your world, giving you information, translating foreign languages and allowing you to communicate with other people in the manner of a phone or radio. I think the recent introduction of the Dash Pro by Bragi brings us one step closer to that day. An announcement recently revealed that Bragi are releasing a new updated Dash called the Dash Pro. Not only will it be an updated model, but thanks to their relationship with Starkey, it can be a custom fit product too. More comfortable, better sound, fit just for you.

Brag who are Munich, Germany based announced what it calls the next generation of true wireless devices, the result of a partnership brokered with Starkey Hearing Technologies. The two new members of the Bragi family include the Dash Pro and The Dash Pro tailored by Starkey, said to be “The World’s First Custom-Made Wireless Ear Computer,” featuring a unique, personalized experience. 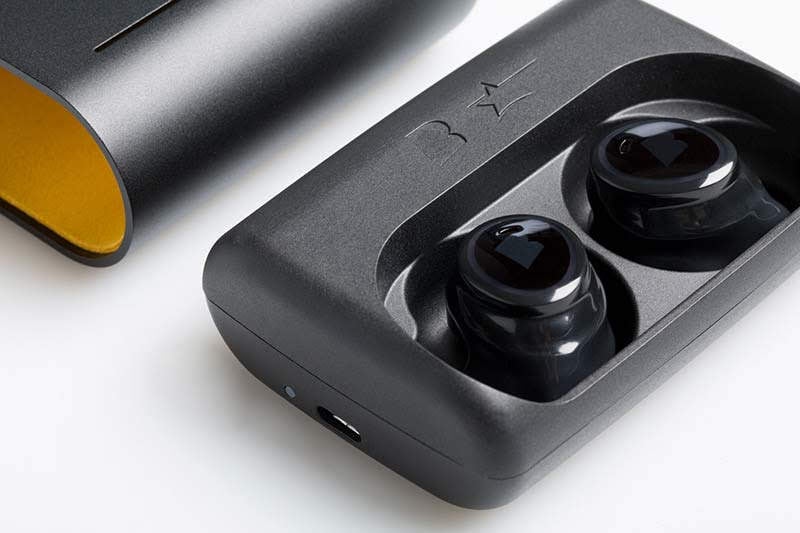 This is an interesting development and it can be seen as the first time that a hearing aid brand is getting involved with a true hearable. According to a joint release from the companies, The Dash Pro tailored by Starkey and The Dash Pro aren’t just headphones, hearables, or true wireless devices, but powerful ear computers.

The concept behind the devices is to bring together artificial intelligence, mixed reality, service enablement, and cognitive learning in a single product. Those are pretty high aspirations, but they make sense in the context of what Hearables could become. In essence, Hearables will only be effective and attractive if they are designed to improve the quality of life for its end user.

A partnership here makes a huge amount of sense for both companies. Bragi has real vision and a great deal of experience with modern sensors and their utilization in the ear. While Starkey have huge experience with audio processing and psychoacoustics.

Bragi have entered into partnerships with companies including IBM, BMW, and iTranslate to offer real differentiation between the Munich-based startup and its competition. Again, I think this element shows the roadmap to future Hearable functionionality. The devices will be designed to assist and interact with more and more parts of your life. So what can the new Dash Pro do for you?

The Dash Pro is designed to offer best-in-class Bluetooth connection quality and audio. It offers a simple one-touch setup to connect to Android, Apple, or Windows’ devices in a matter of seconds. Battery life has been increased and the Dash Pro offers up to 5 hours of battery life on a single charge, and up to 5 charges on the go from the case.

The audio transparency feature carries over from The Dash, allowing desired sound to pass through The Dash Pro, or cancelling out what you don’t want to hear. Using Knowles® Balanced Armature Speakers will deliver premium sound and Knowles Versant™ advanced voice technology is designed to deliver the clearest possible hands-free communication and voice commands in the most adverse sound situations.

There is an advanced audio codec with reduced white noise and and new foam tips for stronger bass and a better seal on the non custom device. Bragi FitSleeves are also included with The Dash Pro.

The Dash Pro contains more than 150 micro-components, a 32-bit Processor, artificial intelligence powered by Dash AI, and 27 sensors. Those sensors facilitate Bragi’s Kinetic User Interface, which enables users to literally turn their body into the device with a tap of the cheek or a nod of the head through the Virtual 4-D menu. This is an interesting advancement and one that will reduce the need for audio commands.

In essence Bragi are trying their best to ensure that no other device will be needed to deliver the full functionality of the Dash Pro. It will be interesting to watch this functionality grow as it has a huge amount of possible uses in hearing aids themselves.

Bragi OS 3 (BOS3) is the fourth major OS update for The Dash and comes preinstalled on all new The Dash Pro tailored by Starkey and The Dash Pro editions. New features include the following:

The Dash Pro Tailored by Starkey

So how will you get your hands on the Dash Pro tailored by Starkey? At the launch it was announced that it will be offered exclusively through a personalized shopping experience at approximately 5000 audiologists throughout the United States and Canada. We would expect that network to expand to include Audiologists in Starkey networks in The United Kingdom and across Europe.

The Dash Pro tailored by Starkey device is manufactured in the same way a custom hearing aid is. The shape will be based on an exact impression of the user’s ear canal taken by an Audiologist. This type of custom fit will offer the best isolation and fit which will offer better clarity, detail, and no loss of bass frequencies. The devices will use HearClear replaceable WaxGuards to allow for long-term wear, minimal cleaning and reliability. The devices are to retail at US$499 ($699 CAD) which puts them in the reach of many. The Dash Pro reportedly retails for US$329 (€349 including VAT in the EU) and is available right now through the Bragi Shop. Rollout to major retailers including Best Buy are taking place over the coming weeks.