I love the Aussies, they are quite a direct race, quite open people who generally call a spade, a spade. Bit like the Irish really. I have seen Aussie advertising for hearing aids before and have to say enjoyed it. They have no real issue with facing risque subjects often interspersing the adverts with humour. Generally though, they get the message across quite directly. I came across a recent advert that had been condemned by the Advertising Watchdog. While I understand the sensitivities around the argument, it is a brave advert that raises the issues clearly. 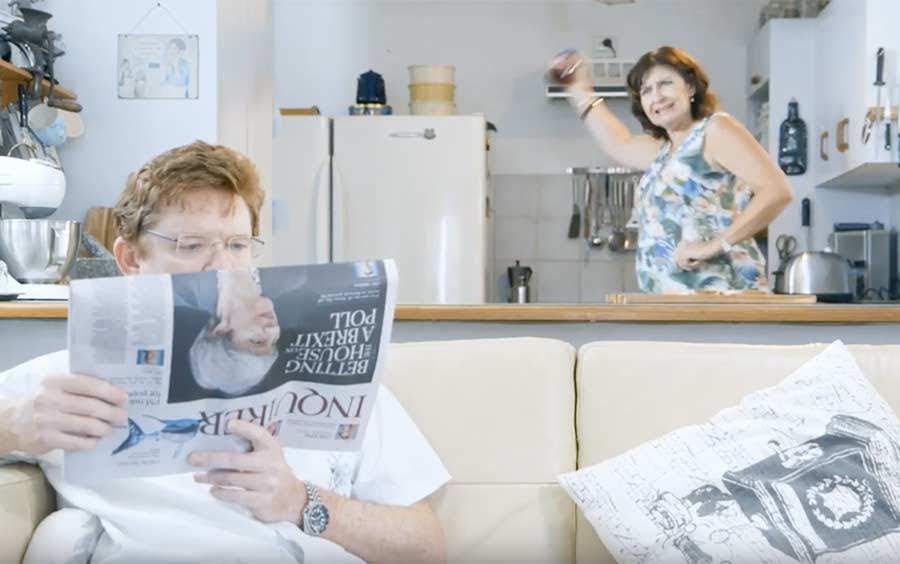 What Your Mum Wants For Mother's Day

I noticed the report on Mumbrella.com.au, it outlined how the advertising watchdog had denounced the television commercial as “menacing and threatening” for its depiction of domestic violence towards men. The campaign was called ‘What your mum wants for Mother’s Day’ and is a 15-second TV ad. In fact, I think the advert is great, i realise the sensitivities but I think the advert addresses something that is often forgotten, the impact of hearing loss on the wider family of people who suffer with it.

It features a woman trying to open a jar while yelling at her husband for help. When her husband fails to reply because he cannot hear, the ad freezes while she insinuates she is going to throw the jar in his direction. The advert finishes with the slogan “Get your mum what she really wants for Mother’s Day, a hearing test for your dad”. Before I go on, take a look at the advert:

Clarity Hearing Solutions stood by the Mother’s Day advertisement saying, “We find it incredulous that someone could take offence at this ad” and the script had light-hearted intentions. “When scripting and work-shopping it within our team, and sharing the script and even the final product, not one person raised an issue thinking that this in any way depicted domestic violence either as a depiction or as a suggestion. “The woman, while being seen to lift her hand to throw the jar, is not seen throwing the jar. There is no injury inflicted. Nor is the threat made to the man in the ad itself either. It’s a visual show of frustration behind his back. The movement illustrates and reflects the frustration often felt by significant others,” the company rebutted.

I spoke to the company over the last couple of days, a chap named Casper Schougaard asked me to pass this on “We do take this complaint very seriously. Domestic violence is a big issue in Australia and we certainly did not intend in any way to make light or take advantage of it. Some commentators have stated that we did it to get attention or to be renegade. We hope anyone who has seen the ad can tell that was not the intent. Depicting the frustration felt by the loved ones of people with hearing loss is difficult but important in allowing all parties to understand that hearing loss not only affects the person with the loss but also the people around them. In this instance the ASB feels we got it wrong and we will certainly abide by that decision. During the run of the ad it drove over 600 people to our landing page educating people about the warning signs of hearing loss. We have posted the ad and our complete response in the news section of our website.”

Australia at present, like many other nations is taking serious steps to tackle domestic violence, so I can understand the sensitivities. I think the advert could have been ended slightly differently. Perhaps instead of freezing on the raised arm, it could have shown the arm drop and the woman shake her fist at him, or even scream in frustration. Anyway, the advert did one thing very well, it got people talking and I have no doubt that many people are going to remember Clarity Hearing Solutions.

Hearing loss is a team sport!