Hearing Direct are a Web-based company that provide hearing aids, amplified telephones and other products through their website. My Mum was not happy with her NHS-supplied behind-the-ear hearing aids so we decided to get a pair of in-the-ear aids from Hearing Direct. This is a review of the aids and a round-up of Mum’s experience of buying online.

Why we went to Hearing Direct

Mum has been wearing a pair of Oticon Spirits supplied by the NHS for a few years. She had two problems with these: She wasn’t particularly happy with wearing visible behind-the-ear hearing aids and she had recently had minor surgery to remove a growth from the outer part of one of her ears, which meant she could not wear one of the aids without it slipping off hear ear.

I had been wanting to see how the experience of buying hearing aids online worked for someone for a while but I am well outside of the fitting range of most online suppliers myself. I suggested to Mum she went through Hearing Direct as she could get a pair of in-the-ears for a decent price and she wouldn’t have to visit somewhere to get them fitted (which was something she wasn’t particularly keen on). 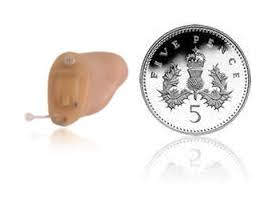 Mum spoke on the phone to one of Hearing Direct’s in-house audiologists to determine which of their aids would be best for her, they decided on a pair of -->HD 390 aids. Hearing Direct either supply aids pre-programmed for “the most common hearing loss” or they can program a unit to an audiogram – Mum didn’t have a copy of her last audiogram handy, which would be quite out of date anyway, so the HD 390s were programmed for a common loss based on her age, the environments she wanted to hear in and also the fact that she had been a hearing aid wearer already. 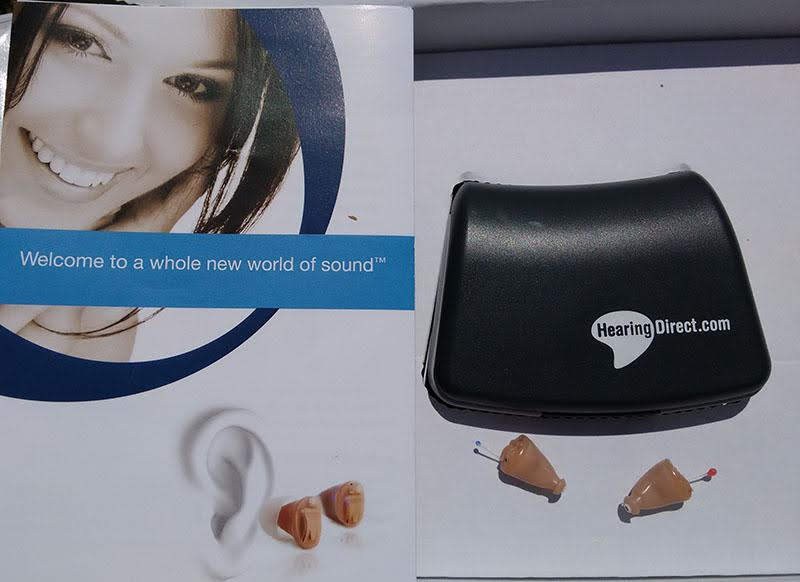 About two days later we received the aids. Inside the box were the aids themselves, some batteries, instruction sheets, replacement wax guards, rubber domes and a hard-shell carry case that can be used to keep the aids in whilst they are not in ears.

The aids were ready to go, we just needed to put the batteries in and pop them into ears. The rubber domes are optional and can be fitted onto the ends of the aids to make them more comfortable or to eliminate any feedback, Mum was happy without the domes and wasn’t getting any feedback. I did try and put the domes on, just to see how they fitted, and had a hard time trying to get them to stay on, but we didn’t need them anyway, so no problem.

There are some instructional videos on the Hearing Direct website that show you how to insert one of their aids, how to change the battery and how to clean them. These videos are really helpful and need to be watched, they do a far better job of explaining how to use them than the supplied instructions do, it is easier to watch an aid being put in and taken out than it is to read it being described. 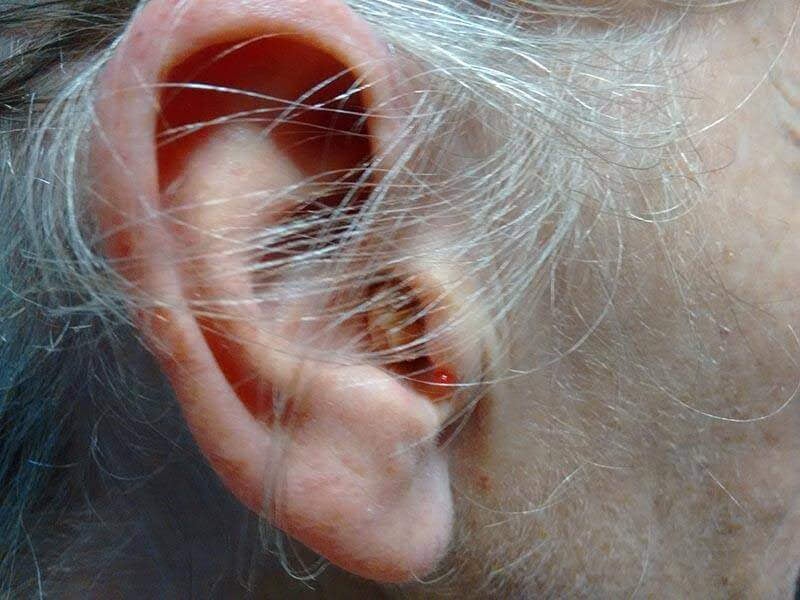 Mum was used to fairly bulky behind-the-ear aids so putting in a small in-the-ear was a bit fiddly to begin with – after a few days this became second nature and the colour-coding on each unit (red for right, blue for left) makes it easy to get the correct aid into the correct ear.

Taking them out was also a little fiddly at first. Each aid has a small wire coming out of it, which is used to pull it out of the ear. The wire is needed as the unit fits snuggly into the ear canal and goes far enough in that you would not have anything to grab onto without the wire. The end of the wire sits at the bottom of her ear and is just about visible if you are staring hard enough at her ear.

This was the real make-or-break point, did the aids help her hear better? In short, yes! She initially found them too loud, which is common when people are putting new aids in but after a few days she was used to the new sounds and not experiencing any sounds that were too loud. I was a little concerned that the aids may have been over-amplifying for her seeing as they were programmed to the common hearing loss and not hers specifically but after that initial period she is getting on with the sound level swimmingly.

I tried various tests with her to see how well she was hearing with the HD 390s in. I banged on a table while someone else talked to her (a repetitive background noise that the aid should suppress easily), she understood the speaker easily. We had her facing a TV whilst someone spoke to her from behind her at quite a distance away, again she heard the speaker OK, the TV was not especially loud but it was a good test of her ability to pick up sounds from behind with noise in front. We tried having many people speaking or making noise at the same time while she tried to understand what one of us was saying, this is a challenging environment for any hearing aid as the background noise is not a uniform sound that can be easily suppressed and it is also voices, which is what the user is wanting to hear, she heard OK with this test, she could understand what the person was saying but it was difficult, but I would expect this of any hearing aid.

She finds the telephone easier to use now. Having an in-the-ear aid means you can hold the phone at a much more natural position, i.e. actually on your ear, whereas with a behind-the-ear you have to hold the phone to the hearing aid’s speaker, which is at the very top of your ear. She hears much more on the phone but she does still like to go to a quiet room or turn down the TV to reduce background noise for calls. 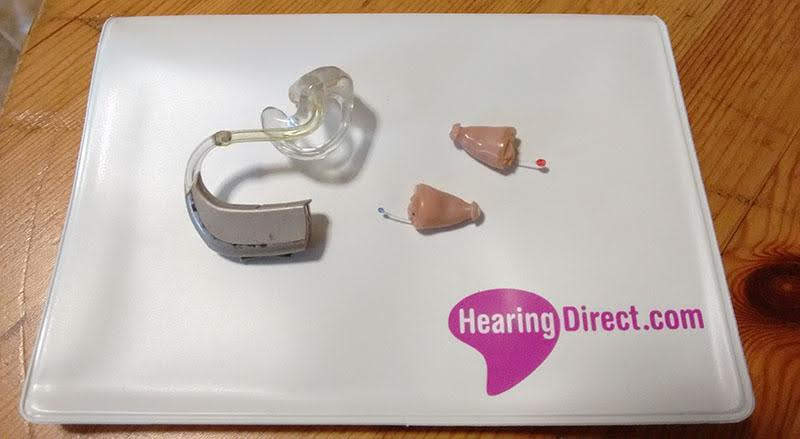 One happy customer! The in-the-ear HD390s are working extremely well for Mum. After a few days of learning how to get them in and out and changing the battery she is using them as comfortably as she did her BTEs, despite them being much smaller (the image above shows the difference in size). She is happier that they are less visible. She says the sound quality is better than her old aids and she can hear more with them and everyone around her is noticing that too, we don’t repeat ourselves so often and she is clearly more engaged in group conversations than she was before. I was slightly skeptical of using a pair of hearing aids that were programmed for a common loss rather than an individual hearing loss pattern but this is working very well for Mum. She has got a no-fuss pair of hearing aids delivered in a couple of days that has improved her hearing ability and made her happier. We have a pretty good article on the questions you need to ask when buying hearing aids.