Today we're going to talk about the seven most important tinnitus hearing aid features. Keep reading until the end, because I will explain how you can access the best tinnitus sound therapy through your smartphone. I'll also show you how to play the best sound therapy from all the different apps to your devices so that you can get the best possible treatment for your tinnitus.

The way that hearing aids help to improve the clarity of speech is through a process called amplification. That is the first most important feature that you want in your hearing aids. You want to make sure that they are verified and validated, which is the gold standard in hearing aid fittings. Typically, that means going to see a Doctor of Audiology in a clinic and making sure they're using a system called real-ear measurements.

It's important to manage tinnitus based on evidence, research, and science. The review that I mentioned earlier strongly recommended hearing aids as a form of tinnitus relief, and I do encourage that. Anecdotally, in my own practice working with patients, most of the adults who have tinnitus and get hearing aids are satisfied and much more able to manage their tinnitus during the day.

The second most important feature for tinnitus hearing aids is the style of the device. One option is what is called the “receiver in canal” style. This style is highly recommended for tinnitus patients, because most people with tinnitus have a high-pitch hearing loss. This means that the clarity of speech has progressively declined over time.

The receiver in the canal device has a small wire on the side of your ear, and then a piece up and behind your ear. Inside of your ear canal there's a rubber tip, and typically that tip has some holes in it, so it can provide a natural sound. If you plug your ear completely with something that goes into your ear canal, you're going to hear your own voice change resonance, and it's not going to be the kind of natural sound that you would want. So for most people with a high-pitch hearing loss, this receiver in the canal style of hearing aid is one of the best you can have for your devices.

I believe this style is the least visible. Oftentimes people say, “I want the smallest hearing aid so no one can see it.” I wouldn’t recommend one that fits completely inside your ear. Instead, I would recommend the receiver in the canal style, which has a thin wire going alongside the face and then the hearing aid up and behind the ear so that it’s less visible. Most times it’s still visible from the side, but much less so than other styles.

So of course, we want to give you the best hearing and the least amount of tinnitus perception possible. And we want a device that's easy to use and is the least visible.

3. How to Set Volume Control

The third important tinnitus hearing aid feature is volume control. You need to have volume control over the sounds in your environment through the hearing aid, as well as the soothing, relaxing sounds that you're using for sound therapy to help manage tinnitus.

The volume control for environmental sound is going to help you hear speech, help you hear your family's voices and what’s going on around you. We want your brain to be aware of the tinnitus sound, so that it starts to feel like your tinnitus is less and less of a threat. This is especially important in the first months and years of managing tinnitus.

We also need to adjust the volume on our soothing, therapeutic sounds, right? Let's give an example. One of my clients has fluctuating tinnitus, so it's louder for them in some situations or on some days of the week than others. Because of that, they don't need to adjust the hearing aid volume. They don't need to make their environment louder. They just need to make the soothing sounds through their ears louder. That's another way that volume control can be really important here.

The fourth important tinnitus hearing aid feature is the ability to play sound therapy. “Soothing sounds” refers to sounds played either directly through the devices, or via your smartphone. These will present a sound-rich environment, a comfortable, relaxing, soothing level of noise, so that if the tinnitus is loud during the day, you have another sound to play alongside it that relaxes you. Then during your day with your devices, you're hearing both the tinnitus and the soothing sounds.

Sound therapy is crucial. This is something that most people with tinnitus use on a regular basis. Having that functionality is key. You want to make sure the soothing sounds can play on the devices themselves without any kind of smartphone, but you also want to make sure they can play through your smartphone when you want them to, which I'll touch on later.

There are many kinds of soothing sounds you might choose from, such as ocean waves, crickets, and brown or white noise. Now imagine you have the ability to select and hear different kinds of sounds like these, but directly in your ears, so that your family or work colleagues around you won't hear them. This is how managing tinnitus can get a lot easier when you can control the auditory experience. Having that sense of control is really important because oftentimes, tinnitus makes us feel like we have no control over it. We can't touch it, we can't turn a dial down. Using soothing sounds through hearing aids is one of the best ways to manage tinnitus.

Next, the fifth most important tinnitus hearing aid feature is battery life. It's important to have access to sound therapy with your hearing aids all throughout the day, because sometimes you may have a spike in your tinnitus where it gets temporarily louder, and other times you may find yourself in a quiet place for many hours, where you can't stand listening to the tinnitus. So you need to be able to use these soothing sounds via Bluetooth, and to do that, we must have a long battery life in the devices.

Now there's two ways to get this done properly. You can get a rechargeable hearing aid battery that is reliable and known to last for 15+ hours on a single charge. Most of the new ones do, but make sure you review those features when you're considering which hearing aids to get for your tinnitus.

The second option is to get a hearing aid with a classic disposable or recyclable battery. That way, you can change it whenever you need to. If your hearing aid runs out of battery in your ear, you can just quickly change it and put it back in. That's just a minute of your time, as opposed to relying on some sort of rechargeable device, whether it's a hearing aid, an AirPod, or something else. If it runs out of battery, you have to wait a significant time for it to recharge.

The most important tinnitus hearing aid feature is Bluetooth connectivity. Today's devices are sophisticated, but our smartphones are even more sophisticated. Bluetooth connectivity allows us to connect our hearing aids to our smartphones. That means that you can listen to the best sound therapy, the best apps, whatever kinds of audio input are available on your phone, which is essentially everything. With Bluetooth, you’ll also be able to stream phone calls through the hearing aids.

Most people with tinnitus know that they can find soothing sounds on YouTube, Pandora, Spotify, or iTunes, or an mp3 file. With Bluetooth, you can connect to any of these and pick the specific sound that works best for your dynamic tinnitus. Then you can stream it through your hearing aids, so that you’ll have that ability no matter where you are, as long as there's battery life.

Here’s the insider tip that I promised at the beginning of this article. When you're looking on the App Store for different kinds of tinnitus apps, ReSound Relief is a common app, and it's created by a hearing aid manufacturer called ReSound. Previously, I incorrectly thought that I needed to be wearing ReSound hearing aids to connect the ReSound Relief app through my hearing aids.

But then I realized that I can use the app from any hearing aid manufacturer to help tinnitus, from any sort of sound app or music player on your phone. With Bluetooth, the sound therapy can go to your hearing aids. This essentially allows you to customize the sound therapy by picking the sounds that really work for you. 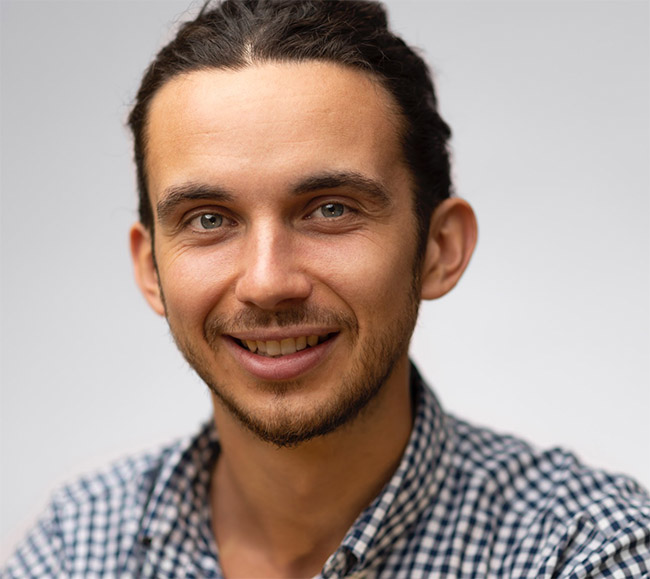 Dr. Ben Thompson is an audiologist and tinnitus expert. Dr. Thompson is the founder of PureTinnitus.com. He completed his residency at University of California at San Francisco (UCSF) and is a past board member of the California Academy of Audiology. Via telehealth, Dr. Thompson provides services to patients with hearing loss and tinnitus.