Drummer killed himself after 20 years of 'unbearable' tinnitus 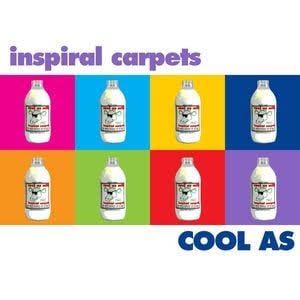 Craig Gill, drummer of the Inspiral Carpets, killed himself after suffering from tinnitus for 20 years. Gill's wife has said there needs to be a greater awareness of the devastating effects of tinnitus after an inquest into his death returned an open verdict.

Gill told a coroner how she discovered her 44-year-old husband dead at their home in Greenfield, Greater Manchester, after returning with their children from a day out.

She told the inquest in Heywood, Greater Manchester, that her husband’s death had baffled everyone who knew him and that her husband had no history of depression or suicidal thoughts. “That’s what’s shocking about it. I have no idea where this has come from,” she told the senior coroner for north Manchester, Joanne Kearsley.

In a statement issued after the hearing, she said her husband’s tinnitus became “so unbearable he felt there was no cure” and urged more awareness of the problem and men’s mental health.

She said in the statement: “Instead of reaching out, on that day in November, Craig made the saddest and most tragic of decisions.”

Gill said: “For the past 20 years, Craig suffered from debilitating tinnitus, a condition caused by not protecting his hearing when enjoying the careers he loved the most – a successful musician, DJ and love of listening to music.

“His condition affected his day-to-day wellbeing and he suffered in silence with both sleep deprivation and anxiety.”

She said: “Although we struggle with the day-to-day existence of life without Craig, we are now able to discuss and promote awareness of tinnitus and men’s mental health. It takes courage for men to speak out, to talk to one another, to share their thoughts and their fears.

“If you are one of those men, like Craig, we urge you to reach out to those you love and find comfort in sharing your pain.”

Original news story from The Guardian.