Ruth has recently got involved with us on Hearing Aid Know, she wanted to tell her story in order that others may recognise Sudden Sensorineural Hearing Loss (SSHL) and get treatment as soon as possible. In this article, she speaks about her experience with the hearing aid provided by the NHS, the Oticon Spirit Synergy. Her experience has not been fantastic, but I think there are very valid reasons why. First I will let Ruth tell her story and at the end, I will make observations on why she may be having the difficulties she is. Geoff 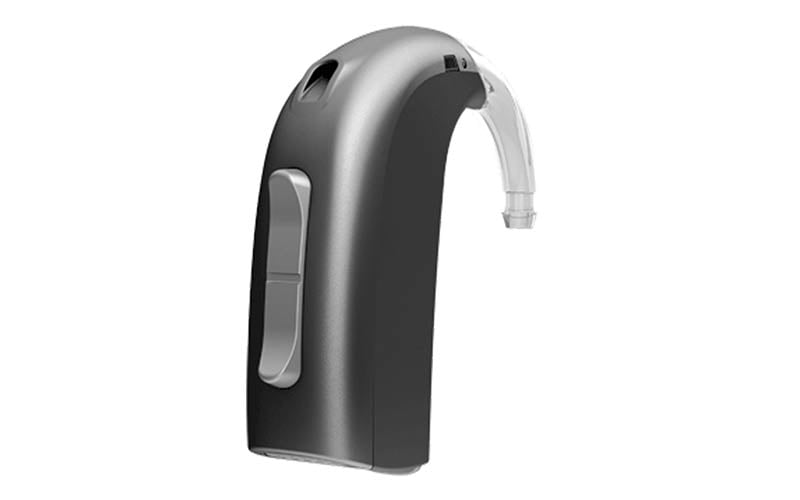 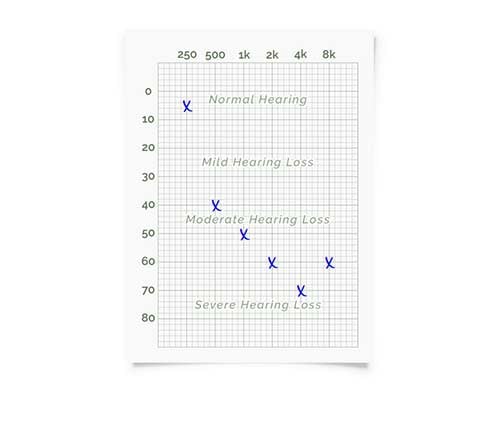 I’ll be honest with you, I don’t have a great deal of experience with hearing aids. I’ve only ever had the one, I lost my hearing just over a year ago and lost it in only one ear at that.

So, for 39 years my hearing in both ears was excellent and if I’m being really honest I’d never previously even entertained the notion of my ears stopping working.

But due to a viral-induced Sudden Sensorineural Hearing Loss (SSHL) last August, I now have one fully functioning ear and one fairly deaf ear – in audiogram terms my left ear resembles a ski slope, things aren’t too bad at the top of the slope with those low, base tones, but once you get going down the higher frequency end (where all the consonants hang out), things on my left side get pretty quiet.

Firstly, given the aid is digital, supplied to me for free on the NHS and looked after by a brilliant team of audiologists at my local hospital I cannot praise the aid enough. After an initial period of getting used to it and some fiddling with the settings I feel that the Oticon is certainly a benefit to me and that it improves my understanding of the world around me. However, as time has gone on and I wear the hearing aid in a range of different settings I can’t help wonder whether this is as good as it can get for a hearing aid and I suspect that the answer to that is no, but that to address the question would entail a significant cost implication.

Out and about with traffic noise, the wind blowing, people chatting I still feel pretty left-sided deaf with the Oticon. The difference, I guess, is that with the aid, I generally now know that there is someone or something on my left side, though in a noisy environment I still struggle to make out what might have been said and sometimes where the sound is coming from. If I close off my right ear (which does a lot of the hard work) the clarity of the Oticon is disappointingly tinny with a sense of distortion in the higher frequencies where I am most deaf. My word recognition is also very poor without the assistance of my good ear, though it is still a lot better than when I am not wearing the aid.

So, I guess because my right ear is doing its job the Oticon does improve my ability to hear and supports rather than undermines my confidence in noisy environments. However, I suspect that if I had the same level of loss in my good ear, then the Spirit Synergy would not be for me as I feel I’d need an aid that would work a little harder in terms of all-round clarity and in delivering the sounds that I want to hear, such as conversation and dialogue with less of the clatter, commotion, car sounds and wind noise that I’d rather stayed in the background. Overall though, the benefit of having a solid, reliable, fairly small digital hearing aid, supplied for free on the NHS feels like a pretty good deal.

As Ruth says, she suffered SSHL probably from some sort of viral agent that entered the cochlea. When this happens, if treatment is rapid and in-depth, people can be lucky enough to regain much of their hearing.

I have noticed though that in many cases of SSHL I have seen, the speech resolution in the bad ear seems to be pretty bad. Even worse than the hearing loss may account for, it may be a function of the damage done to the nerve endings in the cochlea from the event that caused the loss.

In the case of a hearing loss similar in nature to Ruth's, amplification to the bad side is one solution. However, a CROS device solution may also be a ready and perhaps better solution. A CROS system works by routing the audio from the bad side to the good side.

I have in fact had some really great results with CROS systems, if you face a situation like Ruth's, try both solutions, amplification to the bad ear and a CROS system, pick the one which is best for you, the one which gives the best results.

Ruth is a freelance Impact Manager who is one-sided deaf after a sudden hearing loss in August 2016. She has recently started on her hearing aid journey in the hope of finding a balance between one severely deaf ear and one that functions just fine.