A hearing aid that knows its master's voice?

Just spotted a very interesting advert from Signia on LinkedIn. They are releasing a new product on 18th October 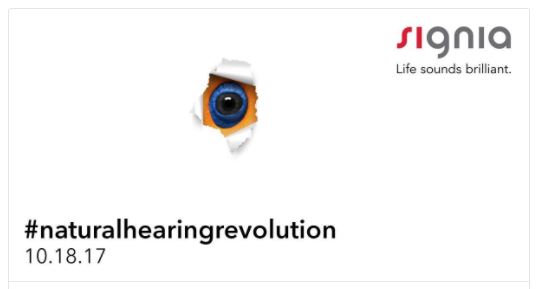 2017 that is "going to be able to distinguish the owner's voice".

Why? Well, over the long years as a hearing aid wearer I've had a lot of trouble with my own voice versus other voices. Sometimes I've sounded like I was shouting so I spoke quieter, only to have a bunch of people asking me to repeat myself, other times I sounded echoey and other times I just sounded "wrong". As an aside: it's kind of surprising just how different I sound to myself when I've tried different hearing aids or had them programmed differently, there can be a huge variation when different people set hearing aids up in different ways.

So Signia's new hearing aid is going to be able to distinguish your own voice from everyone elses, I think that could make a real difference to hearing ability when there is competing voices.

Should be interesting, here's what Signia are saying on their own website:

Even when fitted open, wearers are often dissatisfied with the sound of their own voice. In such cases, the problem is most likely due to hearing aid output. This is because conventional hearing aids cannot distinguish the wearer’s voice from all other sounds. As a result, the wearer’s own voice is amplified the same as external sound and is perceived as too loud or distracting. And for exactly the same reason, when the HCP reduces the gain applied to the wearer’s own voice, other sounds from the environment are affected as well.

Hearing aid manufacturers have tried to take the wearer’s own voice into consideration. Modern hearing aids can identify speech based on its temporal and spectral characteristics and process it differently than other sounds, but they cannot identify the speaker from external voices. Existing solutions are ineffective because external sounds and the own voice are treated equally which results in one or the other being compromised.What if there was a way for hearing aids to recognize their owner’s voice?

Learn more about the latest innovation from Signia on October 18th, 2017.