Instant fit CIC hearing aids have been around for a long time both as analogue hearing aids and digital devices. The first ones I ever met weren't programmable, Amplivox, now Amplifon used to have a set right at the bottom of their price list called the Poppet. It was set to a specific hearing loss and it came in one size, it either fit or it didn't, it either worked for you, or it didn't. We couldn't programme it or change it in anyway.

The GN Resound Be 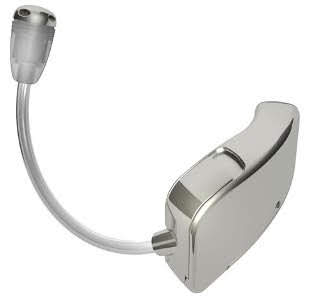 Around 2008, Resund introduced the Be, it was the first of their microphone in helix devices and it was an instant fit hearing aid. The original Be was similar in nature to a CIC, although because the microphone was removed from the device and attached by a wire it really doesn't fall into the category. Resound are still the only manufacturer who uses this style of hearing aid, although now most of them are custom fit devices as opposed to instant fit.

The Be wasn't a bad device, it had some issues with feedback and the damned microphone cover either kept getting clogged up with dry skin or just falling off. Otherwise, it seemed to work pretty well for the people I fitted with it. Although in fairness I didn't use the instant fit very often, more often than not I fitted the custom version. 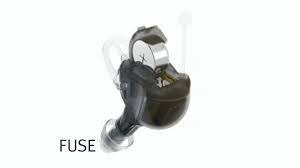 Unitron quickly followed with their own programmable instant fit CIC. They introduced the Fuse hearing aid around 2009, again it was an instant fit device which used different silicone tips to stay secure, it also had a special elbow which allowed the device to fold around different canal bends. They didn't really catch on, I mean they were a cool idea and Unitron tried to ensure they would fit the bulk of people, but the profession wasn't really enthused with them. I never got to play with them, I had moved to a manufacturer by the time they were introduced. I did speak to many who used it though, the feedback was generally okay. They said there was some fitting issues as it didn't fit every canal and they weren't exactly small, but overall they weren't bad. Again though, they just didn't really catch on. 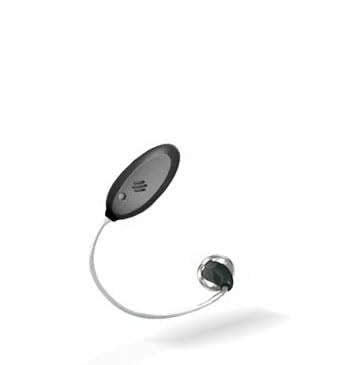 Siemens has played with this concept before, it introduced a device around the same time that the BE was introduced called the Vibe. It wasn't an instant fit CIC but it was similar in concept to the Be except in the reverse. The hearing aid fit in the helix of the ear while a speaker on a wire went into the canal. I only mention it here really because it was a fascinating piece of thinking from Siemens. In truth it was really a Receiver in Canal device but the strangest one you were ever likely to see. Again, I don't think either the profession or the public were ready for the device, but it was an inspired piece of innovation.

They also introduced an instant fit CIC a couple of years later. It was similar in nature to both the Fuse and their new Silk device. In essence it was a CIC module that could be fitted with a series of different tips. It was programmable and it was based on their latest technology. Again, it didn't really catch on, I know a couple of Dispensers had some issues with feedback (whistling) from the devices and that put them off. However, I think it was probably as much the consideration of the professionals and the buying public that stopped it becoming hugely popular. It simply just didn't catch on. 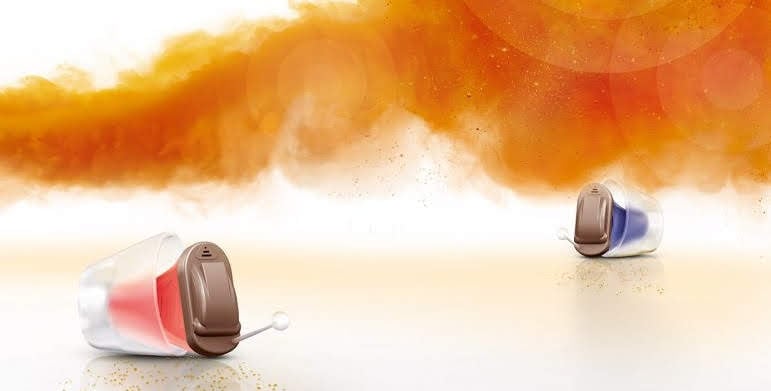 Signia reports that Silk is the first completely-in-the-canal (CIC) hearing aid that’s both almost invisible and ready to wear. The devices are powered by Signia’s latest primax chipset and are designed to fit up to 80% of all ear canals. The Primax chipset has been around for a little while now and feedback from Dispensers and users is pretty good.

The device uses the flexible Click Sleeve to provide an immediate and comfortable fit. In essence Silk offers what all instant fit CIC devices have up to now, the possibility that you can walk in to the Audiology office and walk out the same day with a new CIC hearing aid without having to wait for a custom-built device. The question really is, will you want to?

Scott Davis, CEO of Signia said “First-time hearing aid wearers often prefer the near-invisibility that up until now could only be achieved with a custom-made CIC, yet they don’t like the extra wait time needed for the manufacturer to custom build the instruments,”. He also said, “Silk solves this problem by combining both the acoustic and cosmetic benefits of an advanced custom CIC with the immediate availability of a RIC. In fact, we think of Silk as a RIC without the wire.”

The Impediments to Adoption

Before I move on explaining a little about the device, I would like to look at the Signia statement. It is very rare that someone walks in to our offices looking for a hearing aid. Although, in some cases they will leave on the day with some sort of trial instrument. Hearing aid sales don't really work in the way other purchases do, people don't generally rock up and pick one to wear home.

But, and this is a big but, everything is changing at the minute, consumers, technology, even the way hearing aids are sold. Who isn't to say that the idea of rocking up and walking out with a hearing aid won't become main stream? I think there may be two impediments to adoption of this type of device, the first will be the lack of knowledge within the general public.

If you don't know about it, you won't ask, the second will be adoption of the idea by professionals. This compounds the first, you don't know and they don't tell you! A part of me likes the idea that you could rock up to my office be tested and fitted with an in the ear device all on the same day. I am just not sure how often something like that would happen.

I think the Silk would be an excellent trial device, a device that you could wear during a trial period to get a clear idea of what you can expect. I mean, if you liked it you could pay for it and move on, if you weren't happy with the fit, it would be as simple as taking an impression and getting a custom fit device made. Either way, I think this type of device opens up possibilities and that is what I particularly like about them. Let's talk a little more about the hearing aids.

So, the Click Sleeves are made of soft silicone and are available in six different types which allow the device to fit in the majority of ear canals and to fit the majority of hearing losses. I spoke to a chap from Signia who told me that they had been able to fit 48 of 50 people who attended a launch event with the Silk. That is an exceptionally good percentage. If that was to be replicated in the real world, it would mean that the devices could possibly fit 96% of people at least physically. With the right Click Sleeve in place the hearing aid sits quite deep in the canal making the device almost invisible.

Because Silk is powered by Signia’s primax platform, users of the device can benefit from their binaural OneMic directionality system and all of the other features that the Primax chipset offers. The device is also wireless so you can use your smartphone to adjust your hearing aids via the Signia touchControl™ app, and wirelessly stream virtually any audio device with the optional easyTek™ accessory.

The devices are built on fantastic foundations, the Primax and Binax chipset before it has been responsible for a turn around in the fortunes of Signia/Siemens. The concept behind the device is also good and it aligns with a lot of the conceptual ideas that Signia are bringing to the table right now like the remote fine tuning capability. It will be interesting to see if this idea has finally come of age and what the uptake on the devices will be both professionally and more importantly by Users. Knowing what I know about Signia devices I think these wil be pretty good devices, if you give them a try, let us know what you think.