Was the sign language interpreter at Mandela’s memorial a fake? 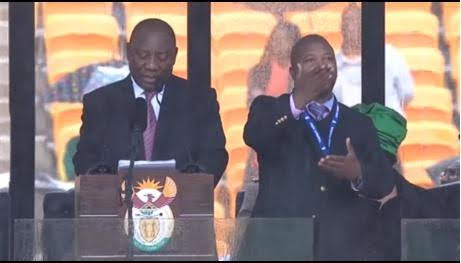 Speakers at Nelson Mandela’s memorial service were joined on stage by a sign language interpreter, but according to many sign experts he is a fake.

During the service, Wilma Newhoudt-Druchen, the first deaf woman to be elected to the South African parliament tweeted: “ANC-linked interpreter on the stage with dep president of ANC is signing rubbish. He cannot sign. Please get him off.” Another tweet from Francois Deysel, a South African sign language interpreter, added that he was “making a mockery of our profession”.

Apparently the interpreter has been used at previous African National Congress events and members of the deaf community have already raised concerns about him. The African government will now look into how this man has been able to sign at public events despite not using any known dialect of sign language. Sheena Walters, of the World Association of Sign Language Interpreters, said, “It seems quite obvious that the interpreter isn’t using South African sign language”.