Our article today is about the impact on US Veterans of faulty ear protection and it was submitted by a law firm in the US. We had been following the story from afar and we were considering the need for us to cover it here when the article was submitted. It is a good, well-researched article so we decided to publish it. You can read it below. 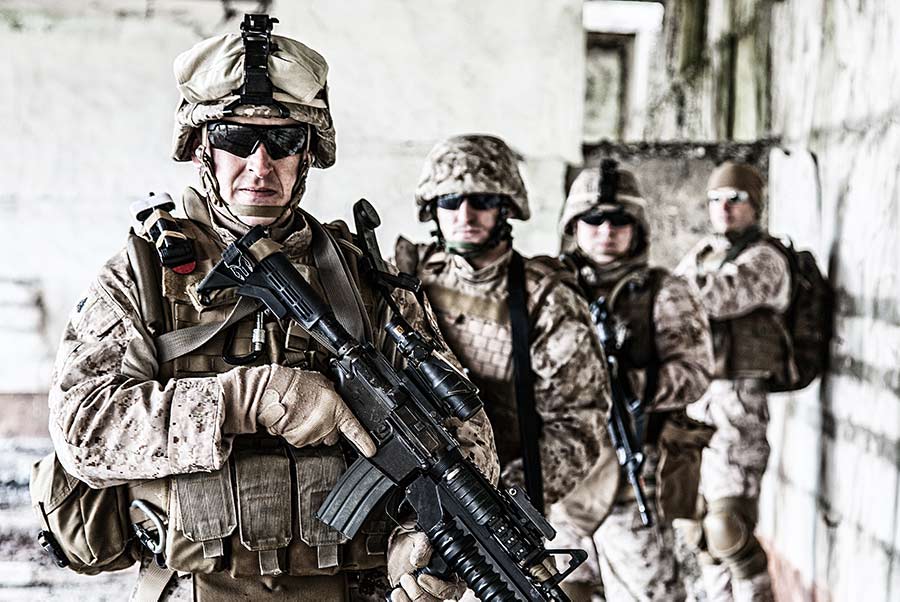 An important number of the men and women who have served and serve the United States live with hearing loss, tinnitus or both. With more than 1.16M veterans receiving disability compensation for hearing loss, and nearly 1.79M for tinnitus, hearing problems are the most common service-connected disabilities among veterans.

Yet there is no surprise of the prevalence of veterans' hearing being affected to such a degree. Exposure to loud, potentially damaging blasts of noises is common in the military. This makes veterans 30 per cent more likely to have severe hearing loss and tinnitus - the clicking, buzzing, or any other type of noise that originates in the head - than non-veterans. The effects of tinnitus can range from being a nuisance to being a painful and daily distraction.

Noise-induced hearing loss (NIHL) in the military was described as early as the sixteenth century. However, the importance of ear protection was better understood only after the Second World War. In recent armed conflicts, the risk of NIHL in soldiers was a big problem in the war in Iraq. In Iraq, complaints related to hearing loss due to improvised explosives, mortar rounds and roadside bombs, led to an average of one soldier a day being medically evacuated.

By the time the war in Afghanistan started, the defence department became more proactive about hearing health for soldiers. Aero was the first manufacturer who won an exclusive contract bid - from 2003 to 2012 - to supply the Army, Air Force, Navy and Marines with dual-sided earplugs supposed to protect soldiers' ears from damage.

In 2008, 3M bought Aearo and the contract and continued to supply dual-ended Combat Arms earplugs to thousands of soldiers in the military. In 2012, the military contract was won from 3M by Moldex and its BattlePlugs, but 3M continued to produce its ear protection until 2015.

Yet, currently, several lawsuits allege that these earplugs are defective and failed to do their jobs. In 2016, a Moldex lawsuit against 3M and Aearo said the companies knowingly sold defective dual-ended Combat Arms earplugs without disclosing the design defect. The lawsuit alleged 3M was aware that testing procedures and fitting instructions were unlawfully manipulated.

The earplugs did not fit tightly enough to maintain a good seal and allowed loud sounds to affect the wearer's hearing without their knowledge. As the defects rendered the hearing protection device ineffective, now, hundreds of veterans have filed hearing loss and tinnitus lawsuits against 3M as well.

The type of noise exposure that occurs in the military sometimes as long as 24 hours a day can have profound effects on health and well-being. Hearing loss and tinnitus can affect mental health.

A study found that 72 per cent of veterans with tinnitus have anxiety, 60 per cent have depression and 58 per cent have both conditions. Anxiety, depression, and PTSD coupled with hearing impairment and NIHL can have a compounded impact on the quality of life among the veterans.

For many, tinnitus is a constant reminder of getting hit and the trauma experienced on the battlefield. Many veterans lost the experience of knowing what is quiet and what is a state of peace. When they don't have noise around to distract them, all they hear is ringing and it can feel like torture.

Recent research suggests that suicide occurs more frequently among veterans than non-veterans. Over 6,000 veterans die by suicide each year and account for 13.5% of all suicide deaths in the U.S.

That said, veterans experiencing suicidal thoughts because of their tinnitus should know that they are not alone, and are not failing in some unfixable way. There is always hope to find relief, or at least dramatically improve the quality of life with tinnitus, no matter how bad it gets.

Veterans should know that they can recover financial compensation both from the VA and from the responsible company in the form of disability compensation.

No settlement can bring a veteran's hearing back or get rid of the tinnitus and no one cant put a price on senses, peace and quiet or enjoyment of life. However, it's important to get the word out and inform veterans that they can go to the doctor and get tested. This can be the first step in building a legal case.

"Veterans were told the dual-ended Combat Arms earplugs were going to save their hearing and the basic expectation was that they could rely on their equipment," says Gregory A. Cade, an attorney at Environmental Litigation Group who represents 3M plaintiffs. "They believed that these earplugs were doing their job," he said, "but found out later on that the equipment didn't really protect their hearing that much at all."

As the Combat Arms earplugs had a dangerous design flaw, the goal is also to send a message to 3M, and other companies, that they cannot defraud the U.S. and have the consequences be the health of our military members.

The innovative M&RIE system delivers the most natural sound yet in a hearing aid.