Will 2017 Finally Be The Year For Fuel Cell Powered Hearing Aids?

The talk of fuel cell powered hearing aids has been around since 2009. Since then several interested parties have been researching and developing the idea both seperately and in collaboration. While there have been breakthroughs and even prototypes, we haven't seen anything arrive on the market. Although that may well be changing, let's talk fuel cells and latest developments.

The talk of fuel cells came to light in 2009 when a new Danish project was announced. It was announced that Teknologisk Institut, DTU Nanotech, Kemisk Institut / iNANO Århus Universitet, and Widex A/S would work together to develop a viable fuel cell technology for hearing aids. All was relatively silent until a patent by Widex became public in 2013. The patent had originally been filed in 2011. Although there has been prototypes made and displayed, there has been no move to market.

However, that now looks like it is about to change, as reported here "Widex, Sonion and DTI have previously demonstrated the technology where micro fuel cell replaces batteries. This time the partners joins forces to bring the technology all the way to the market." That made me giggle a little, I am sorry, it might just be my sense of humour but that reads like "The last time it was serious, but this time it is personal!" Like I said, probably my sense of humour.

So, it would seem some serious funding was raised and has been ploughed into actually delivering the technology for use. The funding was raised during 2015 and the work began in 2016. But what is it and why might that be exciting? 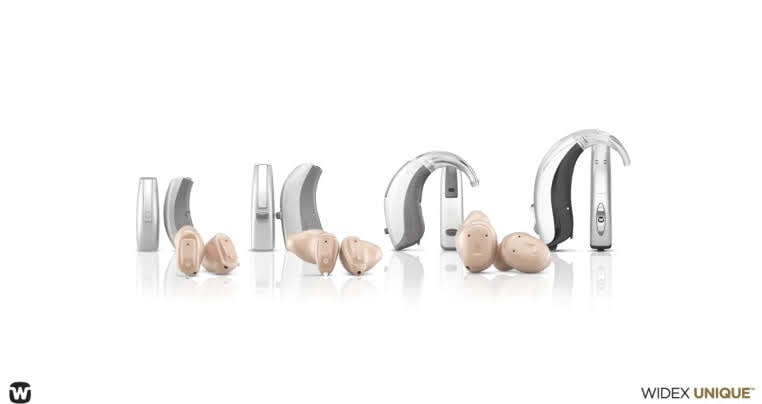 Charge your aids in three hours? How about thirty seconds with no plug?

No electricity, no charging, no batteries, just place the hearing aid in a specially designed docking station, wait 30 seconds while it fills with methanol and your hearing aid will have enough energy for 72 hours of use. Fuel cells provide power via the use of hydrogen, methanol is rich in the stuff and it doesn't need a pressurised storage facility to work.

It is a truly innovative idea and could lead to the end of the use of batteries in hearing aids. In fact, the fuel cell technology may actually provide more power, power that can be used to drive more complex computing and the power hungry wireless technology that is demanded by modern consumers.

At EUHA Widex were again talking about fuel cell technology, this time with very big smiles. So, maybe we are about to see a massive revolution in hearing aid power, I kind of hope so.