GN Store Nord Says They Will Enter The Over The Counter Hearing Aid Market, Maybe Not! 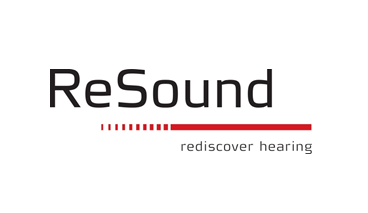 According to the Times of India, another hearing aid manufacturer has now said that they will enter the Over The Counter (OTC) hearing aid market. In fact, they went one step further than Oticon in their statement. GN Store Nord said Thursday it actually plans to manufacture over-the-counter (OTC) hearing aids in the U.S., as the market for cheaper products develop. Unfortunately we published this article based on it, it isn't quite true.

Update here, I said that I couldn't get a confirmation of this story anywhere. I finally found out the full details and context of the phone call. The phone call was a tele conference with institutional investors detailing the quarter 2 results of the business, not as described a call with Reuters. What in fact Anders Hedegaard said was a little different from what was reported. In response to a question about OTC and whether remote fine tuning made the company better positioned for it. He said that the company was aware through experience that the absolute majority of people who use hearing aids need counselling delivered to them one way or the other. He went on to say that therefore the traditional role of the Audiologist will remain secure in the market.

He also went on to say that 80% of the people who need hearing aids don't have them. He said that there is a need for hearing aids for that group. He felt that GN was ideally suited with their combined experience of audio and hearing to tackle that. He said that basically no one would know what the game was to be until the FDA outlined the regulations. He went onto say that they are looking at it from a broad perspective, but exactly how the market would be it was difficult for him to project or guess. You can hear the segment in the audio clip below

So not the equivocal we are going to make OTC hearing aids that was first reported.

The original article reported that chief executive officer Anders Hedegaard told Reuters in a telephone interview "We expect there will be a market for OTC, and we of course want to be a part of it. GN Store Nord is well geared to seize the challenge and enter the OTC market due to the connection of its Hearing and Audio businesses". As you can hear from the captured udio segment, that isn't quite what he said.

I said that if one manufacturer enters the OTC market, or in fact if they even look like they may be entering the market, then all of the big six will follow. As I said earlier, all public companies have a responsibility to their shareholders. So if the market for OTC hearing aids explodes, they will all need to respond to it.

I believe that of all the manufacturers, GN is in fact poised exceptionally well to deliver OTC hearing aids. Their combined experience from Jabra and Resound probably gives them an edge on all of the other big manufacturers. There experience of consumer electronics and digital signal processing will allow them a head start on any OTC project. The outlook for the OTC market appears to be good and many in hearing aid advocate circles are celebrating the pass of the legislation.