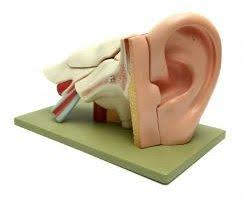 A list of things that everyone with hearing loss needs to know. Useful for those having problems with their hearing aids or those thinking of buying their first pair.

By far the most common type of hearing loss is sensorineural hearing loss; this is damage to the tiny nerves in the inner ear that pick up sounds and send them to your brain. A hearing aid amplifies and changes sounds coming into your ear but those sounds still have to pass through the damaged nerves. A hearing aid will do a great job of changing speech sounds so that you have a better chance of understanding them, but your broken ear still has to process them and that’s why a hearing aid won’t fix your hearing loss and give you back the hearing you had when your were ten years old.

We hear with our ears, but listen with our brains

Our ears collect sounds and send them to our brains. Sounds come into the ear and brush against those nerves (the broken ones) and when those nerves move they send messages to the brain. The important thing is: It’s our brain that interprets those sounds, recognizes words and allows us to understand speech.

Understanding what people say is a bigger problem than hearing them

Louder is not always better. Have you ever asked someone to speak up and you still couldn’t make out what they said even though they were loud enough? When you have damaged nerves sending information to your brain you are not receiving all the information that you need to understand speech – so even though you can hear someone you cannot understand what they are saying. Using a hearing aid is not just about making things louder – if it was then fixing hearing loss would be easy.

The longer you leave your hearing loss untreated, the less effective hearing aids will be

Many, many people will not seek help for their hearing loss for many years after they first experience problems. This is a very common problem. What people don’t realise though is that by putting off getting fitted with hearing aids they are reducing their ability to understand speech even after they have been fitted with aids.

If you sit on a sofa all day every day then your leg muscles gradually reduce in size because they aren’t being used. If you don’t often do arithmetic then you lose the ability to quickly add up numbers. If you aren’t getting well-formed and understandable sounds into your brain then, over time, your brain stops being able to understand them. It’s kind of the opposite of practice makes perfect. If you don’t get hearing aids when you need them then you are spending more time hearing “mmpppnnnppphhhhh” instead of what was really said and you gradually lose that understanding.

It takes time to adjust to hearing new and different sounds

When you get fitted with a new pair of hearing aids you will be experiencing a lot of sounds that you haven’t heard in a while. It takes time for your to adjust to hearing and understanding those new sounds – different people take different amounts of time and it also depends on how bad your hearing loss is.

When buying a new pair of hearing aids you absolutely must use them as much as you can during your trial period to give yourself the best chance of getting used to them and deciding if they are the right ones for you.

A common problem for hearing aid wearers and those with hearing loss is trying to determine where a sound is coming from – this is also known as localisation. Many, many times over the years I have heard someone speak but have not been able to work out where they are and have to spin around to locate them – this is a particular problem in business meetings and other group situations where lots of people are talking from different places around you.

This is a problem for hearing aid wearers because having something in your ear changes the way sounds enter the ear canal – rather than sounds bouncing into your ear in a natural way they now have to go through your hearing aid. I found that wearing IIC hearing aids helped a lot because they are tiny and sit very deep in the canal, which lets the sounds enter naturally – wearing RIC or Open Fit may help too.

As an aside: have you ever watched a dog when it is listening to something? It will rotate its ears to pick up the sound better – that’s it localising the sounds.

Our ears work as a pair

We have two ears for good reason and they work as a pair to help us hear. Even though we can’t rotate our ears like a dog our brains can still receive sounds from the left or right and that is a big help to understand where the sound is coming from. Our pair of ears play a big part in our ability to balance on our feet.

If you have a hearing loss in both ears then you must buy two hearing aids. If you don’t then the world is going to sound like a very uneven place. If money is an issue and you are tempted to buy one aid instead of two then, in my opinion, it is better to buy two cheaper hearing aids.