I was asked recently about using Hydrogen Peroxide for ear wax removal. I had heard about using it before as a home ear wax removal method, and it was a safe process. Having said that, I met a lady many years ago who had destroyed her eardrum and her middle ear with a solution of Hydrogen Peroxide she had bought by mail order. So it is obvious that you need to be careful. So I decided to do some research on it, let's look at what I found out and answer that burning question.

Can you use hydrogen peroxide for earwax removal?

Is it safe to put hydrogen peroxide in your ear?

As I said, you can put hydrogen peroxide in your ear but I wouldn't use it neat, it needs to be diluted to the right percentage before you pour it into your ear canal. Before I get to the actual mechanics of hydrogen peroxide and the removal of ear wax, let's talk about earwax and ear wax removal drops. 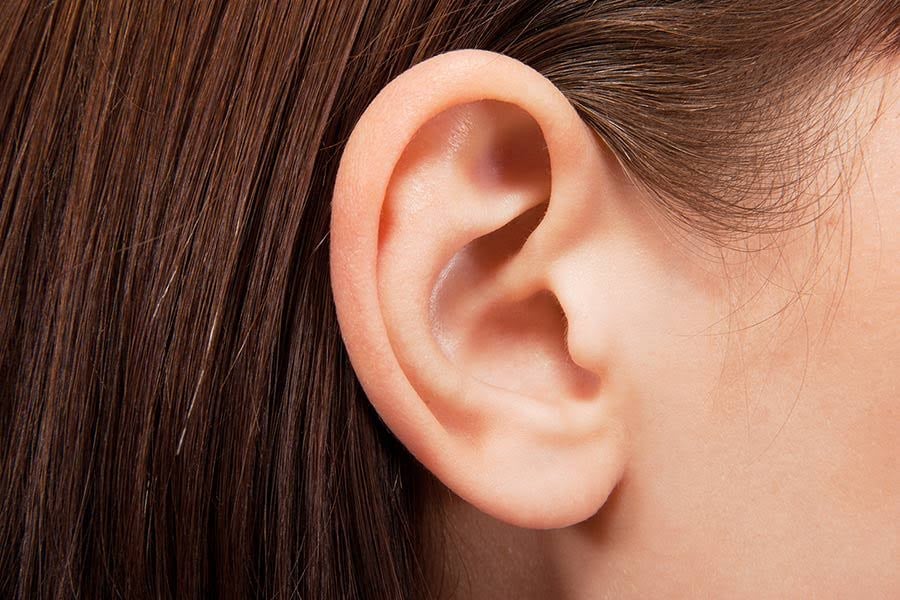 Ear wax is not a bad thing, your ears make it for a reason. Generally, most people just produce enough wax to protect the ear canal from water and infection. However, some people over produce ear wax, even if you aren't one of them, sometimes, your ears may produce more wax than usual. The wax isn't the problem, it only becomes a problem when it builds up enough to block the ear canal, or it becomes impacted against the eardrum.

When it does, you will need to take action, there are several things you can do, one of them is to use ear drops designed to soften the wax. There are many wax-removing eardrops or solutions available over the counter in pharmacists. While most of these solutions are often oil-based, some use hydrogen peroxide to soften the earwax. This, in theory, allows the wax to come out on its own. Although it rarely does in most cases.

Believe it or not, there is a body of research into ear drops for wax removal. Generally, while Hydrogen peroxide has been considered an effective ingredient in earwax removal (usually about 3% or 4% solution) since at least the forties, one 2013 study pushed for the use of distilled water only to soften earwax. That study found that distilled water worked most effectively at breaking up earwax when compared to water mixed with sodium bicarbonate or an oil-based solution. I was actually surprised by that, I would have thought that bicarbonate of soda would have done better, however, it seems distilled water is the better answer.

Why are Earwax MD ear wax removal drops so good

What Earwax MD claims to do is actually soften the earwax quicker or even dissolve earwax to make it easier to remove whether you do it at home or at a hearing care clinic. The science behind Earwax MD is pretty interesting, it uses sodium and potassium bicarbonates which interact with the long-chain fatty acids found in earwax. Those ingredients make the fatty acids absorb water easier.

The second major ingredient is glycolic acid which interacts with the skin cells in the earwax to loosen that dead skin and help break apart the earwax. The third main ingredient is glycerine which helps to drive water into the skin cells further softening and breaking apart the earwax. Basically, these three ingredients are the perfect recipe for softening your earwax. In many cases, a ten-minute application may well be enough to make the removal of the earwax a quick an easy experience.

The Problem With Ear Drops

So, in order for the hydrogen peroxide, or indeed any solution to do its job, it needs to be in contact with the wax. Hydrogen peroxide acts to break down the ear wax in a bubbling manner which results in the wax becoming softer. In order for that to happen, you need to lie down on your side and pour the stuff in. Then you have to continue to lie there for at least five minutes. That is the problem with ear drops, completely immobile for at least five to fifteen minutes. Okay let's talk about the mechanics of using hydrogen peroxide in ears.

How to Use Hydrogen Peroxide to Remove Ear Wax

So, let's look at using Hydrogen Peroxide in ears, first off, you need a towel, a cloth or some tissues to catch the liquid when you are finished. A 3% solution of hydrogen peroxide. For real ease, you could also do with an eyedropper to introduce the liquid to your ear canal. This is also probably better done with a companion as it may be difficult to do alone. If you are using the hydrogen peroxide solution on your own you need to make sure everything is in reach. The best place to do it is on a couch so you can lie down. Place the towel, the hydrogen peroxide solution and the eyedropper on a coffee table near you or perhaps a kitchen chair. 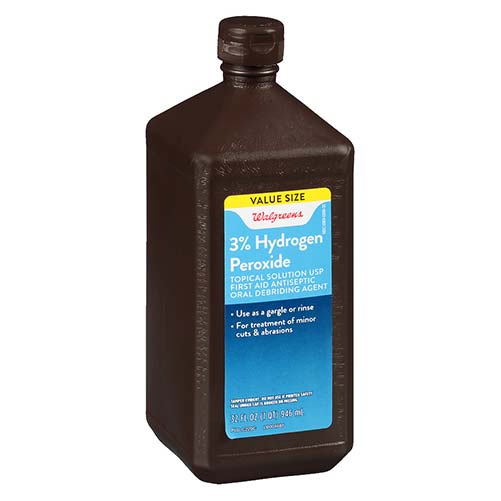 Here's what you do:

Although, having said all of that, it does depend on what the instructions are, follow the directions on the package. You may actually need to administer the solution more than once per day or over the course of several days. Before you go blundering about with home ear wax removal methods like hydrogen peroxide there are some things you need to be aware of.

Can Hydrogen Peroxide Damage Your Ears

When used safely and correctly, the answer is no, however, that is dependent on using diluted hydrogen peroxide and following the instructions. There are home remedies where you can use hydrogen peroxide mixed with water to clean ear wax, just don't do it! The proper solution needs to be 3 to 4% hydrogen peroxide, why bother trying to measure it out when you can just buy the drops over the counter.

Never use pure hydrogen peroxide in your ear, it will damage the ear canal and eardrum

If the solution of hydrogen peroxide is too strong, it will damage your ear. Back to the story at the beginning of this article, the lady who ruined her eardrum with hydrogen peroxide. Even if you use an over the counter solution, you may still have a reaction to it. it could make your skin tender. But there should be very little chance of it doing real damage.

Can You Use Hydrogen Peroxide With an Ear Infection?

The answer is simply no. If you have an ear infection you should see a Doctor. Simply using hydrogen peroxide probably won't help.

Stop Sticking Stuff in Your Ears!

People feel the need to stick cotton buds, keys, hairpins and even paperclips in their ear. Don't do it, just nope, all they will do is push the earwax further in the ear. Worse still, there is a good chance that you can damage the ear canal or eardrum. If you burst your eardrum, even if you give it a good poke, you will regret it, I am told the pain is horrifying.

If your ear drops aren't working, you should get professional ear wax removal. Many hearing healthcare professionals offer different procedures to remove ear wax. They are all painless and relatively quick. Most people don't have problems with ear wax build-up, the wax is usually cleaned out of the ear by the natural process of migration. If that process is interfered with, then the problems start. Don't put anything smaller than your elbow in your ear, and if you think you are having problems with ear wax build-up, see a professional.

Like us on Facebook by clicking the button below to keep up with our latest burblings, you know you want to!