Success With a CIC Hearing Aid For a Profound Hearing Loss

I am not mad about in the ear hearing aids, it is because they are generally the poor siblings of any range because they may not have all of the technology that is available in the range onboard. Anyway, some people would like to wear them no matter what for their own reasons. In general, they cover most hearing losses, but if your hearing is either too good or too bad, they may definitely not be right for you. Anyway, I had somebody come and see me recently with a hearing loss in the better end of the profound range. They had been wearing a set of CICs from Starkey for several years and they were looking for a replacement set. This person was younger, but a long term wearer of hearing aids so they knew what they wanted. When I looked at the hearing loss, I thought this isn't going to work. I was wrong. 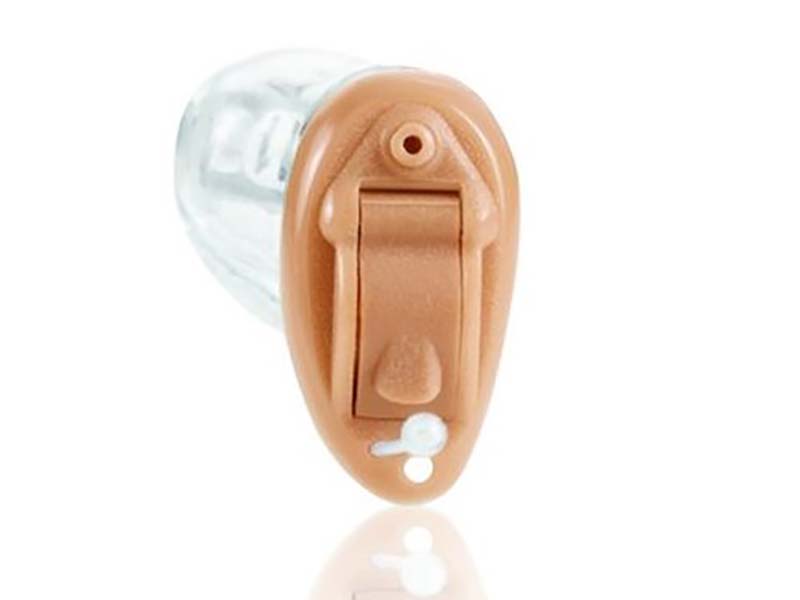 Starkey has a reputation for being able to deliver high-power custom hearing aids and I would have to say after recent experience it is well earned. The person had been wearing a set of Starkey CICs for years, but their hearing loss was such that I was concerned about what type of experience they would have. Their ear canals were actually ideal for CICs, they were large and relatively straight so there was no hard bends to get around and plenty of space for the power receiver. Anyway, I ordered them in and waited to see how we would get on.

The person was used to analogue hearing aids, having worn them for many years before being forced to change over to digital. Their original Starkey hearing aids were programmed with this in mind, delivering as much of a linear gain as was possible and using an old type of hearing aid prescription called DSL. They were also within the lower technology band. The person was pretty specific about this, they felt that all of the higher technology features actually made wearing hearing aids a worse experience for them.

They said that they had tried a few hearing aids at this stage and that they hated them. Basically, the didn't deliver what they need and the digital compression played havoc. They said that they gave them headaches and made them physically nauseous. They had arrived at my door in the hope that I would listen. I have to say, this just made my outlook worse hahahah. I was now thinking okay, great, this is the most difficult loss to fit a CIC to and they have huge experience with analogue hearing aids.

When the new aids arrived, I programmed them in a similar manner and off we went. Unfortunately, we had some feedback problems which I couldn't overcome without reducing the gain so much that it would reduce benefit. I had a chat with Starkey, explaining the physical characteristics of the ear canals with a view to swelling the aids in the meatal projection, fancy words for the area that goes into the ear canal. They said they could do it considering the new information and to send them back.

Anyway, they arrived back, I fitted them and I got no feedback, none whatsoever. In fact, the fit was so good we could reduce the amplification a bit and still deliver benefit. The customer was happy and to be honest I was astonished and happy. While there has been some fine-tuning, and I expect there to be more, so far, everything has been excellent, it's a challenging loss and the person is someone who knows what they want and has the perseverance to get it.

I am exceptionally impressed with the hearing aids provided by Starkey, to get such power into a small package all the while managing feedback is truly a wondrous feat. Not just that, the build quality of the aids was excellent and the fit is outstanding. Up to now, I wouldn't have used Starkey very often, but I can definitely see where they would fit in the future.

So this has been a learning experience for me, up to now if someone with severe to profound hearing loss was looking for a CIC I would say impossible. Now, I realise it isn't. The second thing I learnt, well remembered really, was that people who are used to analogue hearing aids may be better served with lower technology, mainly because the higher technology features are just alien to them. The final thing, we really need to listen to the person in front of us, especially when they are a long term experienced user.