These hearing aids are (good) joke! 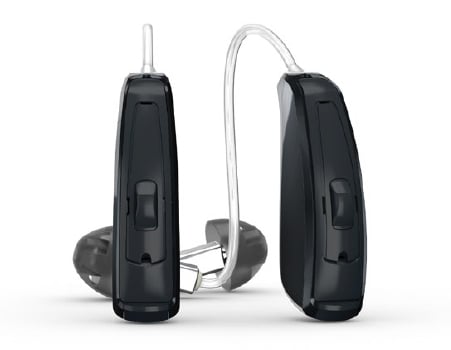 I really enjoy going to watch live comedy shows but they are a tough environment for someone with hearing loss.

I've been to see Jimmy Carr, Ross Noble and others at Oxford's New Theatre in the last couple of years. I struggled to hear through most of them, I probably picked up maybe 60% of the jokes, but even then it was worth it for the jokes I did hear.

It's a tough environment for hearing aids - I want to hear one person's voice, who is being amplified over speakers and I don't want to have my ear drums assaulted by the laughter of the crowd. So I'm dealing with short bursts of loud noise interspersed with the comedian's voice. The aids need to be quick as comedian's are pretty rapid-fire with their jokes, if I'm a second or two behind because noise-reduction is still dapenning the laughter then I've missed the start of the next gag.

The most recent show I went to was James Acaster, which I was looking forward to because he's a great comedian, but also because I'd just got my new ReSound Linx 3D hearing aids and I knew this would be a tough work out for them and a real test of their quality.

We were sat fairly far back at the Acaster gig and also a bit too close to a speaker for my liking, I was worried that it was going to be too loud.

I was well impressed with the Linx's performance. I coud hear James superbly throughout the gig, I maybe missed one or two jokes but I missed far less than I had done at previous shows. The noise of the crowd's laughter was reduced to a very comfortable level and even though the aids were working hard to reduce that noise they never dampened out the voice I wanted to hear.

One downside (or was it?) was that the ReSound's were super-focused on the comedian's voice and a couple of times I realised the person I was with had said something to me but I didn't hear them. But hey, I came out of the gig having heard 95% of the jokes and had absolutely no wories about being over-exposed to the loud noise of the crowd. My aids passed this tough test with flying colours.