MFI hearing devices (Made For iPhone), Made For Android hearing aids, Made For Any Phone hearing solutions and finally Bluetooth compatible hearing devices, so many options, all with their own benefits and pitfalls. It's pretty confusing for most people, hell, it's pretty hard enough for the professionals involved to work them all out, let alone consumers. I hope that in this article I can set the differences out clearly so that you can make an educated decision on what's right for you. So let's launch into the wonderful world of hearing aid connectivity. 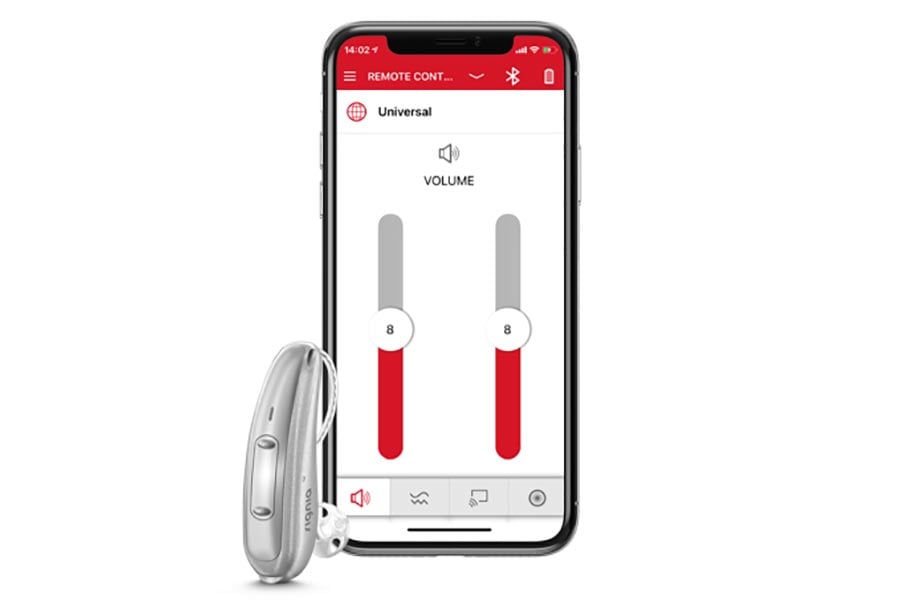 Made For iPhone hearing devices have been around for the longest time. MFI hearing aids will connect directly to iPhones and iPads without the aid of an intermediary streamer for connection to their app and streaming audio and calls. The system was set up in collaboration with Apple and has been around since 2014.

It is important to note that MFI hearing aids will not necessarily connect to Android phones in the same manner and will usually need an intermediary streamer to stream audio and calls. However, that will change moving forward with the introduction of the new ASHA protocol from the designers of Android and ReSound.

It is also important to note that MFI hearing aids will not connect directly to computers, laptops or Android tablets for audio streaming. While the direct connection to Android tablets will probably come soon, Made For iPhone will probably never connect directly to computers or laptops because the system used is different. You can use an intermediary streamer to connect to a computer or laptop and they generally work very well.

The Made For iPhone strategy does not offer hands-free calls, you will need to hold your phone as normal for the caller to hear your voice. If you are using it on a laptop or computer for Skype or Facebook Messenger video calls, the intermediary streamer will act as your microphone so that the person on the other end can hear you.

In general, Made For iPhone is pretty stable, the connection is usually pretty good. One of the issues though is that everytime Apple does an update, or introduces a new phone, it may cause problems with your connection. When it does, it usually takes the hearing aid manufacturers a couple of weeks to sort it out. This has been a consistent issue over the years.

Made For Android Hearing Aids

So-called Made For Android hearing devices have been around almost as long as the MFI devices have, but up to recently, they were a bit of a con. While they would connect to Android phones and tablets, they did not directly connect and you needed an intermediary streamer to stream audio and take calls.

There are caveats though, the system only works with Android 10, the phone manufacturers will have to make sure that the system is designed within their version of Android 10 correctly and finally, it will only be available on new phones as they are released. The ASHA system is not generally backwards compatible because it involves both software and hardware to work correctly.

It is also important to note that even true Made For Android hearing aids will not connect directly to computers or laptops for audio streaming. While the direct connection to Android tablets will probably come soon, Made For Android will probably never connect directly to computers or laptops because the system used is different. You will have to use an intermediary streamer to connect to a computer or laptop and they generally work very well.

Like MFI, the Made For Android strategy does not offer hands-free calls, you will need to hold your phone as normal for the caller to hear your voice. If you are using it on a laptop or computer for Skype or Facebook Messenger video calls, the intermediary streamer will act as your microphone so that the person on the other end can hear you.

Made For Android in my experience works really well, it is pretty stable and I have had very few connectivity issues. The thing is, that this is a completely new strategy and it isn't very widespread. So we won't know for a while whether we will see the issues that we see with MFI.

You can read more about Made For Android hearing devices here

Made For Any Phone 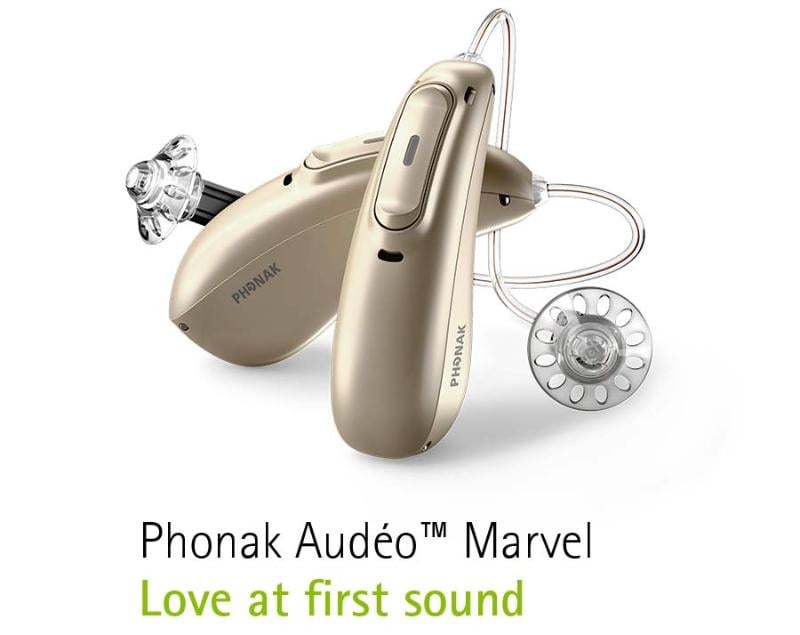 Made For Any Phone was first introduced with the Audeo Belong Direct from Phonak. This is strictly a Sonova (owners of Phonak, Unitron, Audio Nova among others) strategy and is only available in Sonova manufactured hearing aids such as the Phonak Marvel, Unitron Discover etc.

This strategy has evolved since it was first introduced and it will connect to any mobile phone with a Bluetooth connection for audio and call streaming. I do mean any mobile phone with a Bluetooth connection including dumbphones, you don't need a smartphone to get audio and call streaming. Although, I urge you to get a smartphone to get the very best out of these hearing aids.

The rather amazing thing about the Made For Any Phone strategy is that it will allow the hearing aids to connect to almost anything that has a Bluetooth radio for audio. That means direct connection to computers, laptops, Android tablets, Windows tablets, pretty much you name it, and it will connect to it.

Made For Any Phone is also the only Bluetooth strategy that offers a completely hands-free system. You don't need to hold your phone near your mouth to talk back to the caller, nor do you need an external mic when using Skype or Facebook Messenger video calls on a laptop, tablet or computer.

So far this has been pretty stable, when Phonak introduced the Marvel 2 update there were quite a few problems but they got on top of it pretty quick. There have been issues with certain phones though. The new iPhone 11 was initially very problematic, however, Apple pushed out an update and it seems to be better now. I think though moving forward, we will occasionally see issues, but they will be resolved very quickly.

These devices are not direct connection hearing aids, they will always need an intermediary streamer to connect to a mobile phone for streaming of audio, calls and control with a smartphone app. Examples of Bluetooth enabled hearing aids include the Starkey Muse range, many of the Widex Evoke models and much of the Belong range from Phonak.

Once you are using the streamer, Bluetooth compatible hearing aids will connect to iPhones, iPads, Android devices, computers and laptops for audio streaming and calls. Like MFI and Made For Android, it does not offer what you would call traditionally hands-free calls. The streamer needs to be either hanging around your neck or clipped to your shirt or blouse because it acts as the microphone for your voice.

If you are using it on a laptop or computer for Skype or Facebook Messenger video calls, the intermediary streamer will act as your microphone so that the person on the other end can hear you.

There is a lot to digest here, but it is important that you understand it all so you can make an educated decision. Drop us a line if you have any questions. Like us on Facebook by clicking the button below to keep up with our latest utterances. Alternatively, if you don't like Facebook, sign up to the newsletter below. It is important to remember,  a hearing aid isn't properly fitted unless they do Real Ear Measurement.