Hi, Hearing Aid Know is an unsponsored Independent entity, we work hard to bring you the best independent advice on hearing loss and the solutions available. It costs us quite a bit of money and time to do it. We would appreciate if you would donate the price of a cup of coffee to ensure that we can continue. I personally wanted to ask for donations of rum and magic mushrooms, but Stevo says never again after the incident. Thank you very much if you donate, we appreciate it.

Regular readers will have noticed that my articles have been few and far between for a while and came to a screeching halt about two months ago. My Mam was diagnosed with terminal cancer in January of this year. After initially being told in December they could deal with a localised problem, further scans showed that the problem was a lot more widespread. The news was pretty crap, no treatment would cure it, however, some treatments may slow the eventual. She dealt with it in the same stoic way that she dealt with most things in life, she rolled up her sleeves and got on with it all the while jabbing at the inevitable with her dry wit. Because that was her way and she passed a saying onto us, her children. One which people sometimes find most irritating, the saying is "it is what it is, you just have to get on with it". That's the clean version for the fainters, the more oft-used version among ourselves is it's a big steaming pile of shit, but you just got to keep shovelling it. 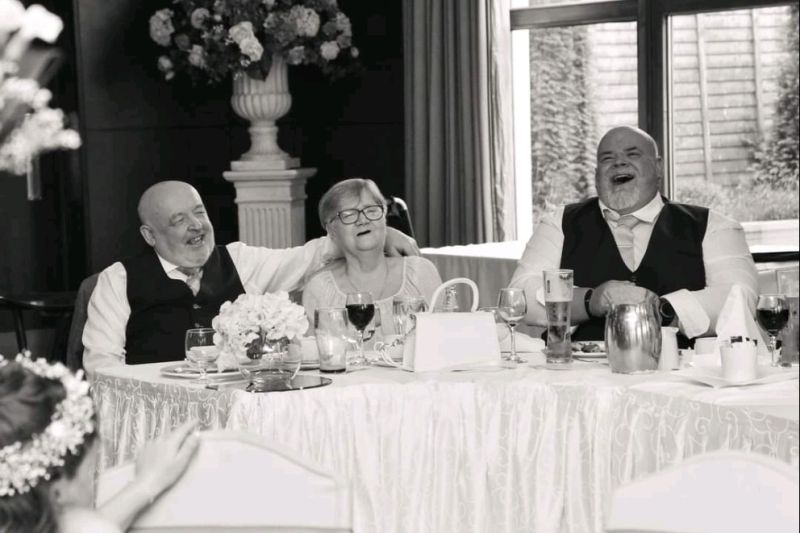 She had no interest in Chemo, she didn't see the point of living for a few months more while being sick as the proverbial dog. Radiotherapy was out as well because the issue was so widespread. She tried Immunotherapy, and while it did slow things down a bit, unfortunately, it attacked her kidneys causing a host of issues and it had to be stopped.

The above photo was taken on the 28th of June at the wedding of my youngest Brother. To be honest I have no idea what we were laughing at because we spent much of our time together laughing at something. She had probably just told me I was a gobshite for some mischievous roguery I had been up to. She often told me I was terrible for my mischievous sense of dry wit and seeming ability to introduce humour to any situation no matter how dire. I pointedly told her that I felt that I didn't lick it off the stones on the road!

The Roll of Carpet & The Van

We all felt that she was really only hanging around for that. We all knew that it was important for her to see her youngest child be married. Anyway, after the wedding, the decline in her health became more rapid and by the 5th of August, she was admitted to the Hospice here in Harold's Cross, Dublin. On the 13th, she passed away peacefully. She had little time for the pageantry of funerals and if she thought for a moment that we would have got away with it, her funeral would have involved a roll of carpet and a van to bring her to the crematorium.

One of my standing jokes in her last few months was that I had picked out a perfect piece of carpet for her, sophisticated but soft. Whilst religious in her way, with a deep faith in God, she had absolutely no time for organised religion, especially of the Catholic flavour, so her last service was a simple celebration of who she was. In time, we will spread her ashes at her favourite seaside town.

I wrote a piece a long time ago whilst full of rum and melancholy. I called it what my Father taught me. I realised a while after that I had delivered a great injustice on my Mam, who was as instrumental if maybe not more instrumental in shaping who I became as an adult. With her passing, I would like to right that injustice. These are the lessons that my Mam and Dad taught me.

At the end when your worth is measured.
when they talk of your worth.
Your worth as a person.
it will not be the currency you have earned,
the holidays you have taken,
the cars you have driven,
the house you live in.
Your worth, your true worth, that’s measured in the lives you have touched.
The people you have supported.
The people you have defended.
The people who you have not let stand alone.
The joy you have brought.
The lives you have improved.
The love you have shared.
The simple human kindness.
Because when it comes to that day.
These are the things that will be remembered.
These are the things that will be your legacy.
If we but remembered this.
If we but felt it as truth.
Really felt it.
Your world,
my world,
our world,
would be better

Thank you Mam and Dad for the lessons

Finally, I would like to thank the staff at our Lady's Hospice in Harold's Cross, they treat people with huge dignity and respect and ensure that the end of a person's life is as peaceful, joyful and comfortable as is humanly possible. They have my deepest and undying respect for the job that they do. As the title says, normal service may now return, although I won't quite promise that, I will do my best to cover the things of interest for you the readers moving forward, because it's a big steaming pile of shit, but you just got to keep shovelling.