I read something interesting the other day about motorbike riders. They can risk permanent hearing loss simply by riding fast. I don't mean outrageously fast, just fast, who knew? I certainly didn't and I would imagine motorbike riders didn't either. The information was released in a study undertaken by the German Automobile Association and it is interesting reading. 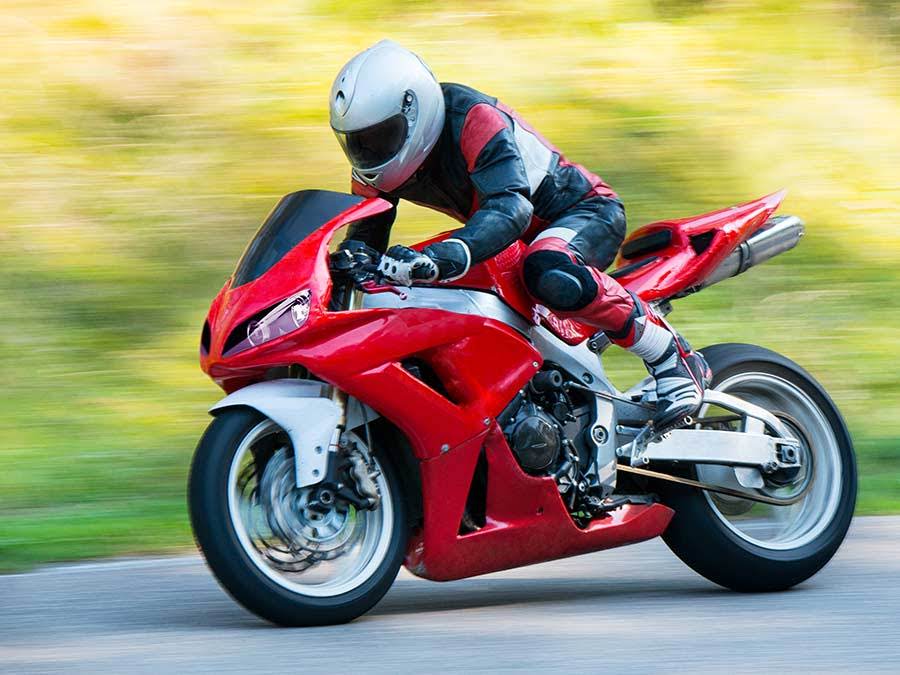 The study stated that motorcyclists are at risk of permanently damaging their hearing after just 15 minutes of riding at 62mph, seven minutes at 74mph or three minutes at 87mph. Those aren't outrageous speeds and many motorcyclists would easily be riding at those speeds for long distances in particular if a motorway journey was part of their commute. Interestingly enough, the problem isn't the noise of the bike, it's the noise of the wind whipping by their heads.

The study, carried has shown that riding a motorbike at 62mph typically generates a wind noise of 95dB. If you were working in that noise level unprotected, you would be allowed to work there for no more than 15 minutes. That's right, exposure to 95dB of noise can permanently damage hearing after a quarter of an hour. Most motorbike drivers would probably spend at least 15 minutes of their daily commute at around 60mph.

Of course, no Irish or UK motorcyclists would break the law by riding at nearly ninety miles an hour (see, I kept a straight face there!). However, the Germans tested this because of the lack of speed restrictions on some of their Autobahns.

In essence, the danger here is noise-induced hearing loss (NIHL) from the exposure to the wind noise. This type of hearing loss is particularly insidious and difficult to self-diagnose. The problem with NIHL is that people who suffer it can have an exceptionally keen hearing for some sounds or frequencies while having limited access to some sounds and frequencies.

It usually causes most issues with the clarity of sound, generally, you can hear the voice very well, you just haven't got a clue what it is saying. Because of this, people with NIHL go for the longest time thinking that the problem is other people mumbling, not an issue with their hearing.

Protection is Better Than Cure

When it comes to hearing loss, protection is a thousand times better than cure. Be warned, if you like to ride, you really need to think about well-fitted earplugs. There are many on the market and most hearing professionals can get custom ones made for you relatively inexpensively. It will be money well spent because your hearing really is priceless. That's something we often don't realise it until it is gone.