Google announced the release of two new features for Android phones on the 4th of February. The first is an app called Live Transcribe and the second is really a settings change they are calling Sound Amplifier. They’re both designed as accessibility features to help people who are deaf or hard of hearing. Google certainly has been late to this particular party, but it looks like they are set to make up for it. With the direct connection for some hearing aids expected within a few months, it seems like Google is serious about accessibility for the hard of hearing. 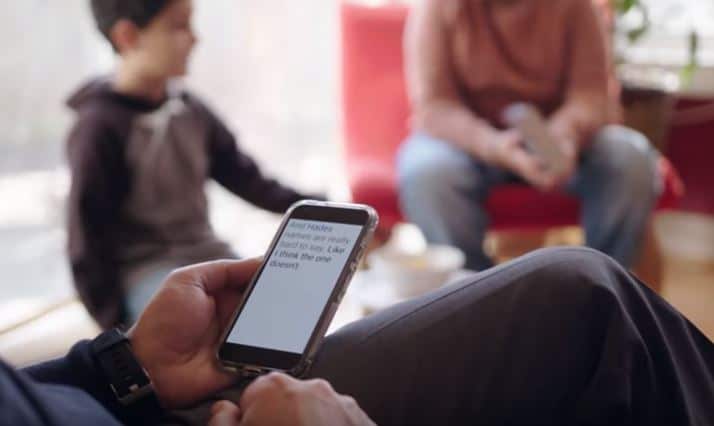 Live Transcribe is an app that automatically transcribes live speech in real time or close to it. It is hoped that it will allow people to communicate in situations where they might not otherwise be able to. Google research scientist Dimitri Kanvesky (who has been deaf from the age of twelve) and engineer Chet Gnegy worked together to bring the App to fruition.

According to a report in The Verge, when you open the Live Transcribe app, it simply starts writing out what it hears in large, easy-to-read text. Dieter Bohn reported that the App works remarkably well, including adding punctuation and even understanding some context. He went onto say "The example Google showed us is that it was able to correctly capitalize the phrase, I am buying a new jersey in New Jersey.” The app does need an internet connection to work because a lot of the brute force computing is done in the cloud.

You can see that a lot of thought has gone into Live Transcribe and I think it benefits greatly from the experiences and clear conceptual thinking of someone who is themselves hard of hearing. Dieter Bohn remarked that two features really stood out for him, one was a blue circle in the corner of the app which pulses slightly to show the ambient noise level so that you can visually see if you need to move the microphone closer to the speaker for it to work.

The other was that if somebody starts speaking after a period of silence, Live Transcribe will vibrate the phone to let you know to look at it to see what is being said. It is those intelligent touches that turn the App into a really useful tool. You can set a primary and secondary language in the app and toggle between them with a quick tap and the App supports up to 70 different languages.

For people with privacy concerns, you will be happy to know that Google has thought of it. Google has not given the facility to save transcripts and they have said that they aren't storing audio or transcriptions on their servers, or using any of that data to improve its algorithms.

Sound Amplifier is designed to allow you to tweak sound settings on your device to improve your ability to hear. It has been described as like a hearing aid app for your phone. For me though, it is like a really cool graphic equalizer for hard of hearing folk. The app was actually originally announced back in May 2019, but they are finally introducing it.

The new Sound Amplifier can be found inside the Accessibility Settings, the new option takes you to a screen with sliders for adjusting various sound settings. The parameters are Boost, Fine tuning, Mic volume, and Sound reduction intensity, along with adjustments for left and right ears. While the sliders are simple and easy to use, Google says that behind each of them are “thousands of parameters.” This App works locally, without the need for an internet connection

A particularly fascinating feature is noise reduction, you can turn on the noise reduction and even change the aggressiveness of the feature. Again, this App can be used with live speech, so it means that you can get help on the go, the downside is that the feature can only be used with wired headphones though, which kinds of limits it a bit. You plug in a pair of wired headphones and then the phone processes incoming audio to make it easier to hear.

Both will be available preinstalled on Pixel 3 phones in Accessibility Settings and also available via the Google Play Store for other phones. However, Live Transcribe is being released as a limited beta, and Sound Amplifier requires phones running Android 9 Pie, which limits their availability. That and the fact that the new Made For iPhone features will only work with the Pixel 3 and phones with Android 9 Pie is a pretty good excuse to go and get yourself a new phone. Blame it on me, unless your wife or husband live in Dublin, then blame it on some other bloke down the pub.

Like us on Facebook by clicking the button below to keep up with our incessant ramblings, you know you want to.