A new report by Hear-It AISBL (a non-profit organisation that works within the hearing loss arena) called “Hearing Loss – Numbers and Costs”, will be presented at a lunch debate at the European Parliament in Brussels, Belgium on the 6 of March in connection with the WHO World Hearing Day on the 3 of March. We have already reported on a press release linked to the report in the article "New report highlights the staggering impact of hearing loss" which detailed that 466 million worldwide people suffer from a disabling hearing loss. The report will also detail the financial cost of untreated hearing loss. They say that in the EU, untreated, disabling hearing loss costs 185 billion Euros each year. A disabling hearing loss is defined by the Global Burden of Disease research group (GBD) as a hearing loss greater than 35dB. 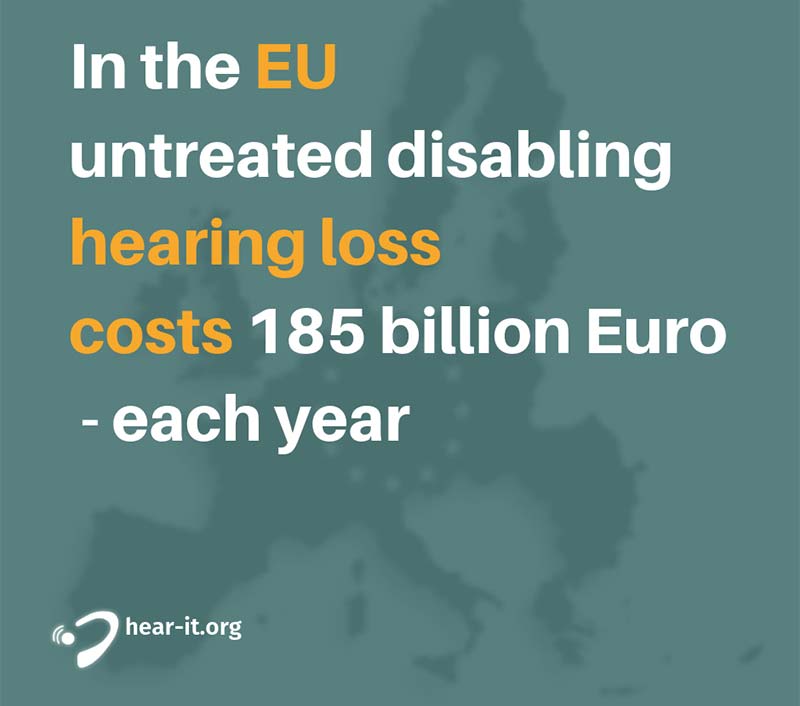 The British Irish Hearing Instrument Manufacturers Association (BIHIMA), working in partnership with its European counterpart EHIMA and Hear-it.org who has published the findings, is sharing the UK data of this global report to highlight the very real cost to society of untreated hearing loss. 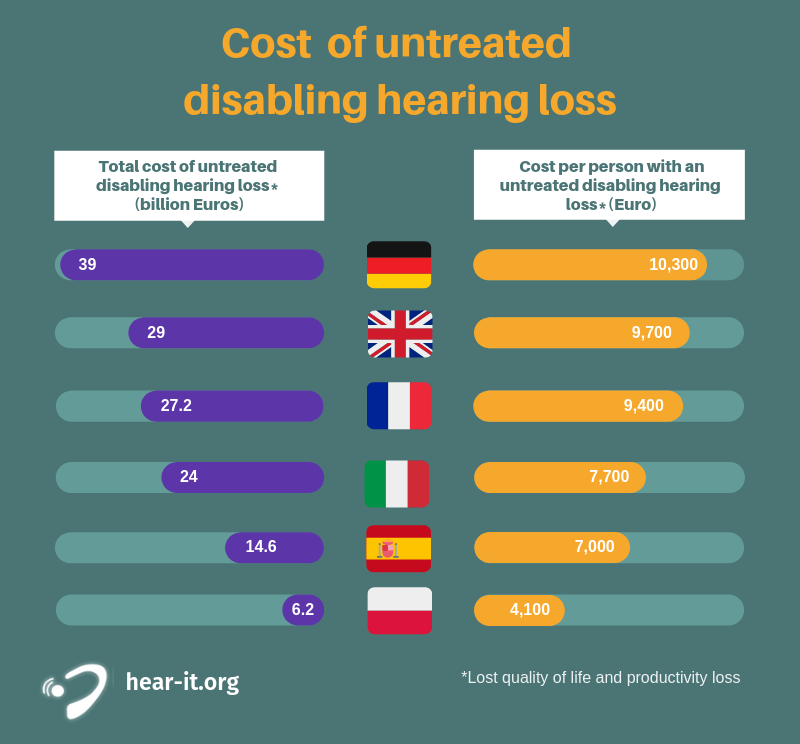 Untreated hearing loss in the UK costs £25.5 billion each year

The report documents that the use of hearing aids and other hearing solutions improves health and increases the quality of life. It also highlights that people with an untreated, disabling hearing loss are at greater risk of social isolation, depression, cognitive decline and dementia, while people who treat their hearing loss do not experience a higher risk than people without hearing loss.

The report, “Hearing Loss – Numbers and Costs”, is a meta-study which has analysed and compared hundreds of scientific studies and papers in the last two decades about the prevalence and consequences of hearing loss and the use and benefits of hearing aids.

“BIHIMA welcomes this scientific report that chimes with much of our organisation’s campaigning work over the past few years to raise public awareness about hearing loss and halt its dramatic economic and social impact on our society”, says BIHIMA Chairman, Paul Surridge. “The report clearly demonstrates that untreated hearing loss is a major health issue and we call on government to recognise this and support early identification and intervention and the valuable role that hearing instruments play in providing a solution, both for the individual and for society.”

World Hearing Day is held by the WHO on the 3 of March each year to raise awareness of how to prevent deafness and hearing loss and promote hearing care across the world. The theme for World Hearing Day 2019 is “Check your hearing”.