New Tech That Will Change Hearing Aids in 2020 & Beyond 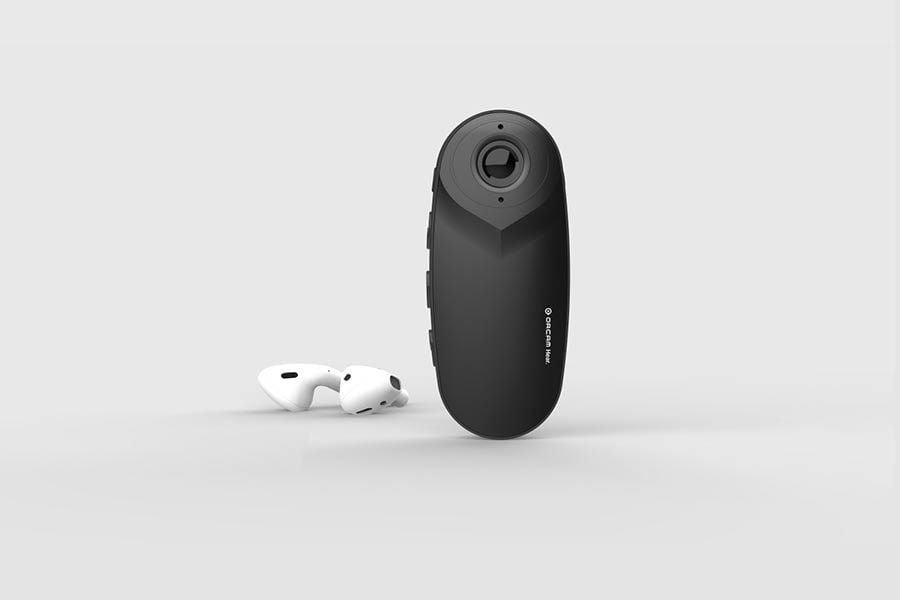 OrCam Technologies, a Jerusalem based tech company and the maker of a device that helps blind people “see” using artificial intelligence technologies, has turned its sights on people who have a hearing loss. OrCam said that its OrCam Hear device is “the world’s first AI-driven, wearable assistive technology device for people with hearing impairment.”

So what's it supposed to do? They say that the device makes hearing aids smart, by identifying and isolating a speaker’s voice — from among multiple speakers — and then relaying the clear speech to users’ Bluetooth hearing aids.

It's a wearable AI-based device designed to integrate with existing Bluetooth hearing aids. The device will be worn on your clothing and comes with a tiny camera that is wirelessly connected to the hearing aid. They say the device works out who is speaking to the user and reads that person’s lips.

It simultaneously separates the speaker’s voice from other sources of noise and other speakers and relays it to the hearing aids. They say that the device will switch between speakers when the focus shifts to another.

Probably Not This Year

I think it sounds like a very interesting idea and I wonder about the use of the camera, but I am not sure we will see something like this hit the mainstream this year. I have thought about remote microphones and how they could be used to augment the signal that comes through our hearing aids for a long time.

In essence, I thought that another set of microphones hanging around your neck or fixed to your clothes could be used to give more spatial and sound information to the management system within the hearing aids which would allow a better enhancement of speech over the noise. That type of system would be an integral part of a hearing aid solution, while the OrCam Hear would be a similar concept but an add-on, not an integration.

I think this is something I will watch, and if we see them talking to some of the heavy hitters, it may well be something we see coming to fruition.

At CES 2020, the Bluetooth Special Interest Group (SIG) announced what it calls the next generation of Bluetooth audio, LE Audio. The new standard will enhance overall audio performance over a Bluetooth connection, add support for more hearing aids, and add new useful features.

Hearing aid manufacturers have been working hard to reduce the battery drain caused by Bluetooth connection. This new protocol will mean even longer battery life or perhaps there will be more power for other features. LE Audio will also enable Broadcast Audio, letting users broadcast audio to one or more devices at the same time.

The End of Telecoils?

They said that Bluetooth Audio Sharing can be personal or location-based, which means people can share audio with those around them and large public locations can also broadcast audio to a large number of Bluetooth hearing aids to improve their visitor experience. Some people have posited this feature as the possible end of telecoils, I ain't too sure about that.

The details here aren't clear, when asked about how devices would pair or handshake with such systems, there wasn't really an answer. The beauty of telecoils is that you don't have to do anything other than switch to the telecoil programme. Unless the new Bluetooth broadcast systems offer a similar experience, it probably won't be an ideal solution for everyone who wears hearing aids.

The new protocol will be published later in 2020, but I would expect to see hearing aids ready to use this protocol by the end of 2020 or the beginning of 2021. I would imagine we will see Smartphones using the same technology within the same timeframe.

One interesting thing though is that because the protocol is completely standardised, we may well see new players introducing accessory devices that will connect to any hearing aid using the protocol. Imagine something like the Roger Pen that could connect to any Bluetooth enabled hearing aid directly without intermediary devices.

The new protocol means that any device manufacturer could decide to build something like the Roger Pen that will work with every hearing aid brand. Bluetooth has changed the face of hearing aids, it has delivered new opportunities for ever more interesting features and use cases.

The new protocol will only strengthen that, adding better connections, better audio and more opportunity.

The Valencell blood pressure ability begins to deepen the argument for new and wider functionality in hearing aids. They originally introduced the ear level sensors last year and they were quickly taken up by Starkey for their Livio AI product. We may see Starkey try to integrate the new BP sensor as well this year. For them, it would make sense, they have committed to a much wider concept use for their hearing aids, and I applaud them.

I do believe we will see this type of wider functionality coming to more and more hearing aid brands. At present, I think many of the brands are looking at it moving forward, however, I don't think many of them see it as an immediate priority. The market for the functionality is quite young as is the technical innovation to deliver them.

Starkey is an early entrant, a trailblazer if you will, I think the work they are doing will lead to more reliable technology moving forward that will ensure hearing aids are truly health devices. I think the other brands are looking at it in the two, to three-year window. To be honest, I hope I am wrong.

One of the other things that was spoken about before Christmas was an ear based EEG system. A Danish university is working on devices that will allow continuous EEGs from ear-level devices. It is at a very early stage but this type of technology could offer us further opportunities for hearing aid function that honestly we haven't even thought of yet.

Although we have spoken about this in the past, I think 2020 will be the year where we see more and more brands begin to use features, apps and technology-driven by machine learning. Widex has already seen the fruits of their introduction of cloud machine learning technology with the Evoke range.

I can't wait to see what they will do with it in their new range coming this year. I would imagine that learning will also begin to cross over to Signia as well. Resound has been very busy in the background with AI research and they have already discussed how they hope to use it to make the experience better. I know that Demant and Sonova are diligently working away in the background on research and design around machine learning for their products.

This type of technology really excites me, artificial intelligence and machine learning will radically change the function of hearing aids and increase innovation in hearing aid function like no other technology.