Oticon has entered the CROS/BiCROS device space with a new transmitter that is based on their Velox S platform. The device is based on their miniRITE-T model and it uses their OpenSound Navigator and TwinLink technology to provide what they call 360-degree hearing even when streaming audio. Let's take a look at what it is, what it does and finally what you can use it with. 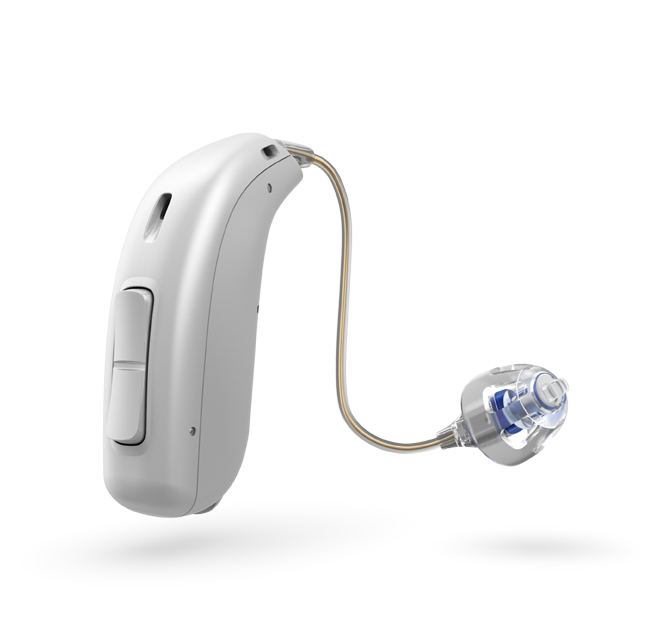 The device itself is an intelligent transmitter of audio, like other CROS devices, it picks up the audio from the deaf or extremely bad ear and transmits it to the good ear. They have based the device on the miniRITE-T which means it is powered by a 312 battery and it has a volume control. The device can be used in both a CROS setup and a BiCROS setup.

The device utilises the OpenSound Navigator to process the signal before it is transmitted to the device on the better ear. They say:

"OpenSound Navigator is key to delivering a 360° listening experience to your patients. This technology constantly analyzes the environment, balances sound levels and removes unwanted noise. Oticon CROS features an optimized version of OpenSound Navigator that delivers a fuller, more immersive sound experience when listening to speech in noisy environments and at a distance for people with single-sided deafness."

To be honest, I am not sure if other CROS devices analyse and process the sound environment before transmitting the signal to the receiving ear. I have never thought to ask before. The use of the OSN in the case of the Oticon CROS is certainly an excellent idea, it will mean that the cleanest signal possible will be sent to the receiving ear, it should also mean that both the CROS and the hearing aid should work as a pair.

The Oticon CROSoffers TwinLink technology which makes it possible to connect to external audio sources via 2.4 GHz Bluetooth low energy, while simultaneously receiving sound transmission via Near-Field Magnetic Induction (NFMI) from the poorer to the better ear. That means that you can listen to streamed audio from your phone, or from a TV Streamer while the CROS transmits sound from your worse ear. It means that you could watch television or listen to music while carrying on a conversation with someone positioned on your poorer ear side. Most CROS systems do not offer this facility, with most of them, the CROS transmission has to be turned off to allow streaming of audio to the better ear.

The Oticon CROS can be used with any device from the Opn S 1, Opn S 2, Xceed, Xceed Play and Opn Play range. The device will not be able to be used with Opn S 3 devices because of the technical limitations in those devices.