In recent days Oticon has launched a Facebook advertisement campaign announcing the introduction of their new platform. It's interesting to see because it seems that Oticon and other hearing aid brands are starting to feel that Facebook delivers them a nice route to both professionals and consumers. Anyway, that's an aside, their new platform looks very interesting. Not to be out down in the stupid name department, they have decided to call it More. Although, in fairness, I can see where their marketing department is coming from. Anyway, let's talk about the More, here is the early information that we have. 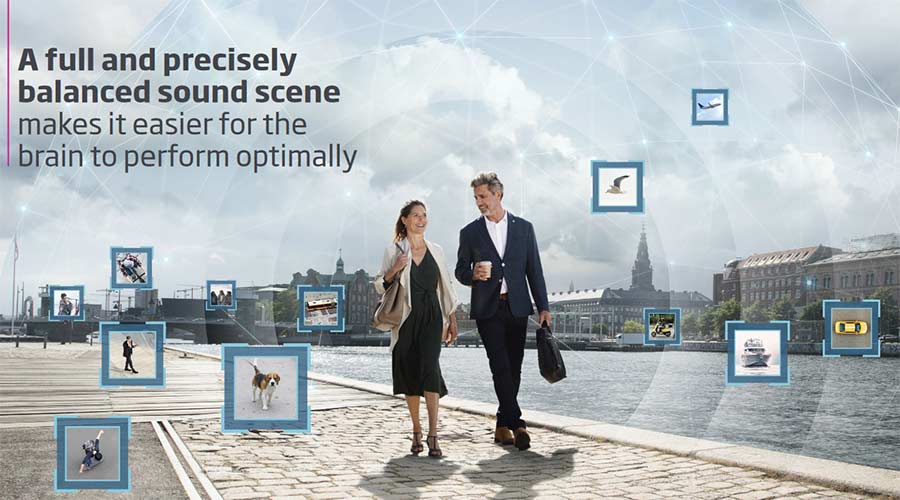 So Much To Talk About

As with every new launch of hearing aids, it seems that there is much to talk about and comment on. So, I will start at the natural beginning and try and work my way down. More is the name of the new platform, and it will be powered by a brand new chipset they are calling PolarisTM. For a child of the seventies that is an interesting name with all its nuclear connotations. Oticon makes some powerful claims about the chipset in comparison to the Velox S platform such as:

It is worth talking about that because it is the foundation of their audiological strategy moving forward. The Opn offered a completely new and groundbreaking strategy to handle sound inputs in every situation. They called it Opn, because that is what it offered, a more open access to all surrounding sounds.

Traditionally, until the Opn, hearing aids worked in a way to reduce access to surrounding sound so that you could hear speech. Oticon believed that we should offer the brain the full sound information, with a little help of course, so that it could do the rest. The Opn was a huge success and both Steve and I were pretty impressed with them back in the day. 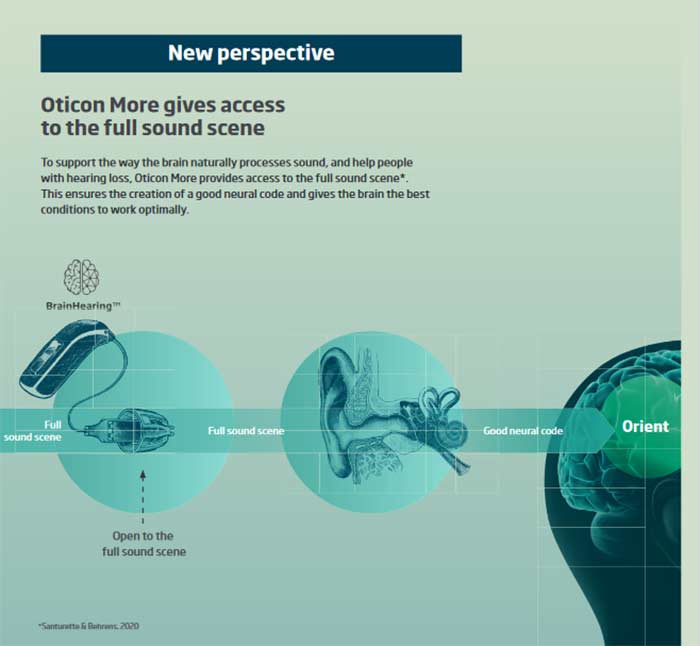 As you can see from the image above, Oticon believes that the best route to activate the power of your brain is to offer you wider access to your surrounding environment. The original strategy with the Opn did that, it was noticeable to existing users, and it was very successful. The new features in the More, well offer more, hence the stupid name I suppose.

Yes, I said hearing aid, they are just introducing one style initially apparently. It will be a rechargeable miniRITE which translates to one of their smaller Receiver In Canal hearing aids. They make pretty enough hearing aids and the miniRITE is pretty discreet on the ear. I have no idea why they have just introduced one style, perhaps because of legacy, the Opn as far as I remember was initially just one style? Anyway, you can see the device below.

Made For iPhone and Made For Android

The More is both a Made For iPhone and a true Made For Android hearing aid, offering direct connectivity including streaming from both iPhones and Android phones. The More uses the Google ASHA standard so it will connect to many Android phones with Android 10 and above.

Oticon says that the More will offer you:

After scanning and analysing the sound scene 500 times per second to understand the complexity of the sound scene, the hearing aid can organize the sounds around you to create clear contrast and balance between sounds.

Sounds from the real world

Oticon More is trained with sound scenes from the real world and is thereby able to balance the sound scene around you.

Get more out of your conversations with friends and loved ones. Oticon More hearing aids enhance speech understanding in both noisy and quiet environments.

Enjoy a wealth of connectivity opportunities, like streaming music, talking on the phone and using Oticon ON App to control the hearing aids. Bluetooth wireless technology makes it all possible.

Get charged for a full day of hearing, including streaming, in just 3 hours*. *Expected operating time for rechargeable battery depends on use pattern, active feature set, hearing loss, sound environment, battery age and use of wireless accessories.

A convenient double push-button makes it easy to control volume and adjust programmes.

Oticon hearing aids are IP68-certified. That means they can withstand humidity and dust.

Oticon is calling this a quantum leap in sound scene processing, the feature captures and optimizes sounds. Their new feature provides access to the complete sound scene, where individual sounds stand out in clear contrast to each other. They say that they have trained this system with over 12 million real-life sound scenes so that it works better than anything before.

This is the heart of the new system, they say that it will give access to the full sound scene giving precisely balanced amplification of every sound. It works precisely and quickly to ensure that important details and dynamics are made audible and available for people with hearing loss.

There is much more to explain and talk about, but I think, to be honest, some of the features deserve an explanatory article on their own. I also need to digest some of the info myself. Needless to say, I will begin to outline articles on that information and as more information becomes available, we will let you know.