What Are The Pros and Cons of Micro-Suction Ear Wax Removal?

Following on from the recent question we had "Is Micro-Suction Ear Wax Removal Safe", I decided to do a deeper article on the pros and cons of the procedure. In general, micro-suction ear wax removal is a safe procedure, however, like all medical procedures, there can be unintended problems. So let's take a look at the process and what you really need to know. 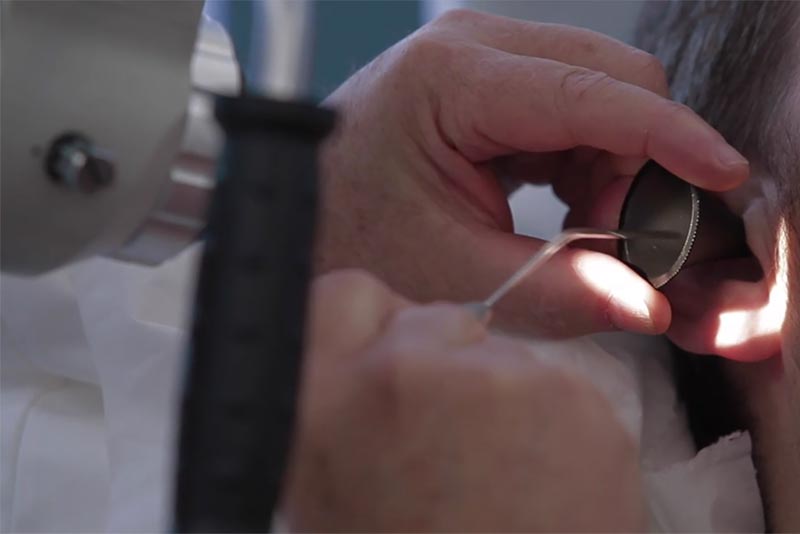 Why is micro-suction so popular?

Micro-suction as a tool for ear wax removal has been around for a very long time. Generally, most ENT departments used micro-suction to remove ear wax from the ear canals of people with perforations or large cavities after mastoid operations. The reason was simple, removal of ear wax using water could be dangerous for these people.

Hearing care professionals began to provide ear wax removal as a service several years ago in the UK because it was becoming more difficult to have a GP ( General Practitioner, Medical Doctor) provide the service. GPs are under pressure and ear wax removal takes time.

Initially most UK and Irish based hearing care professionals provided ear wax removal with irrigation. However, a few micro-suction courses were set up and as people became certified, more and more professionals offered it. It seems to have taken off in the minds of consumers and most have heard about it and will request it.

What are the pros of micro-suction?

Unlike ear syringing or even the safer ear irrigation, there is no water used, which means less mess generally. When undertaking micro-suction, the canal and the ear wax is being directly viewed with a microscope or a set of loupes (microscopic glasses) whilst it is being removed. This makes the procedure much quicker, safer and comfortable for the patient. The pros of this type of ear wax removal include:

Although micro-suction can be undertaken without the use of cerumenolytics (ear wax removal drops or sprays), it really appears that it is a good idea to use them for a few days before you have the procedure. All the evidence and my own personal experience appears to show that it will make the procedure far easier for you. On that point, always try to buy a cerumenolytic that comes in a spray bottle. It just makes it easier for you to apply and be confident that it will coat the ear wax and be absorbed.

What are the cons of micro-suction?

As with all medical procedures, there can be problems, generally though, problems are rare. The risks are as follows:

Let's take a look at them individually, first up, damage to the ear canal and perforation of the eardrum. Generally speaking, there are two ways that damage to the ear canal or eardrum can happen. The first is if you move suddenly and the canula jabs into you. We take exceptional care to ensure that we brace our hand while the cannula is anywhere near your ear canal. The bracing is designed to ensure that if you move suddenly, we maintain control of the cannula and it is pulled out of your ear canal. With that in mind, there shouldn't be a problem, however, it could happen.

Blood in the ear after cleaning

As I said, the procedure is a noisy one, it's actually not the noise of the machine as such, it is in fact, the noise of the suction in the ear canal. If you are exposed to noise for a period of time, you may suffer a temporary shift in your ability to hear. It seems from the limited studies that this is rare, but, that's not to say it could not happen.If it does, it should be temporary and will go away within a day or two.

The noise is also the culprit when it comes to tinnitus. Think about when you walked out of a disco or a really loud concert and you heard ringing in your ears. The same thing can happen with the noise caused by micro-suction. Again, it should be temporary and should fade within a few days. If you have existing tinnitus, micro-suction could make it worse. Again, it should be temporary, but if your tinnitus causes you real problems, well then perhaps micro-suction isn't for you.

If micro-suction is done for long enough, the procedure can cool the temperature in your ear canal. That will make you dizzy. Generally, the hearing care professional will try to keep the amount of time the canula is in your ear to a minimum. Again, this is a rare event, but it can happen.

In the study Aural microsuction for wax impaction: survey of efficacy and patient perception a study that was undertaken with 159 patients. It was found that although a few people suffered from some pain and or vertigo, "Aural microsuction is well tolerated. Side effects are mild, and the prior use of cerumenolytics appears to further reduce their severity". That is really the only live study involving Patients I could find.

One of the things that some people have mentioned is the onset of tinnitus and even the onset of permanent hearing loss where there was none before as a result of micro-suction ear wax removal. There is very little evidence out there that supports the claims.

I don't doubt the veracity of the people who make those claims, but looking at the studies and searching the journals and internet they are exceptionally rare events. So rare in fact that there is no mentions in medical journals. In general, ear wax removal by micro-suction is a safe procedure, however, as I said, with any medical procedure, there are things that may go wrong.

You can learn more about the different ear cleaning methods here. Like us on Facebook to keep up with the latest articles on Hearing Aid Know.