My Day To Day Experience of The Signia Styletto

I have been using the Signia Styletto for a few days and I wanted to give you my impressions. They are based on the Nx platform so I expected them to sound really good, I was right, they do. In fact, they sound really nice giving clarity in the high frequencies while handling transient or sudden impact high-frequency sounds very well. They are easy to wear fitting the ear really well and very discreet while still looking like high-quality electronics. The charger is a dream, being small enough to fit in a trouser pocket with ease and offering three recharges on the go. Having said all of that, there are some things you need to know, so let's dive in. 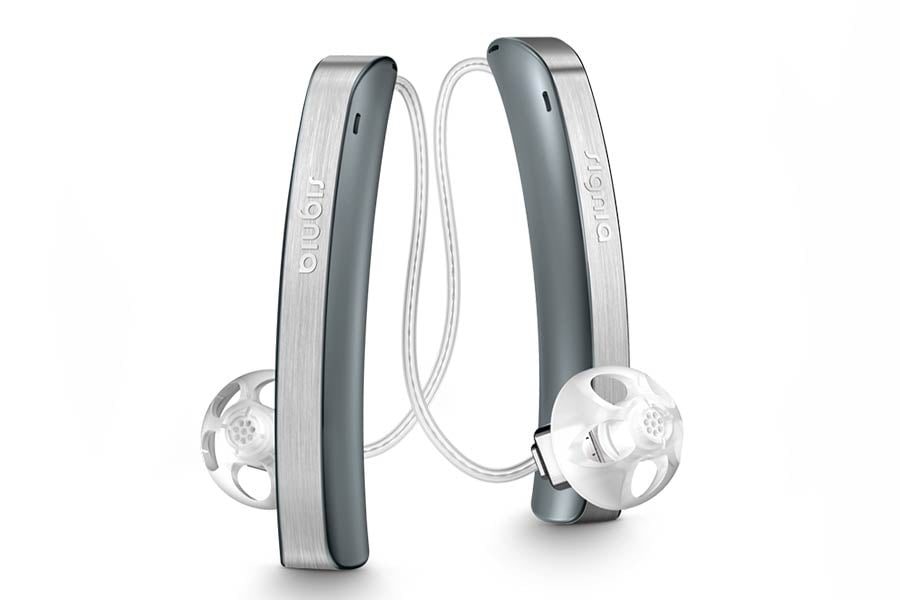 When I first received the hearing aids I sat for a while and inspected them and the charger. My set came in an attractive white box which was reminiscent of the packaging typically seen for high-quality electronics. I liked the packaging and I have said it here before that hearing aid brands could learn from other industries how best to present their products.

This is I suppose style over substance but I do think there is a psychological element to it. The packaging of the devices frames our psychological response to them. If the packaging is high class and representative of expensive consumer electronics well then that is how we consider the devices. Anyway, rant over, the packaging gave me a warm fuzzy feeling and when I opened it, so did the devices and the charger.

My devices were a kind of a slate grey with the brushed metal strip along the back. The devices look and feel of quality, both the hearing aids and the charger feel well built and well designed. To open the charger you need to squeeze the sides of the top. I was glad this was explained to me because if you try to just pull it open intuitively, you will break a thumb or the locking tongue on the lid. 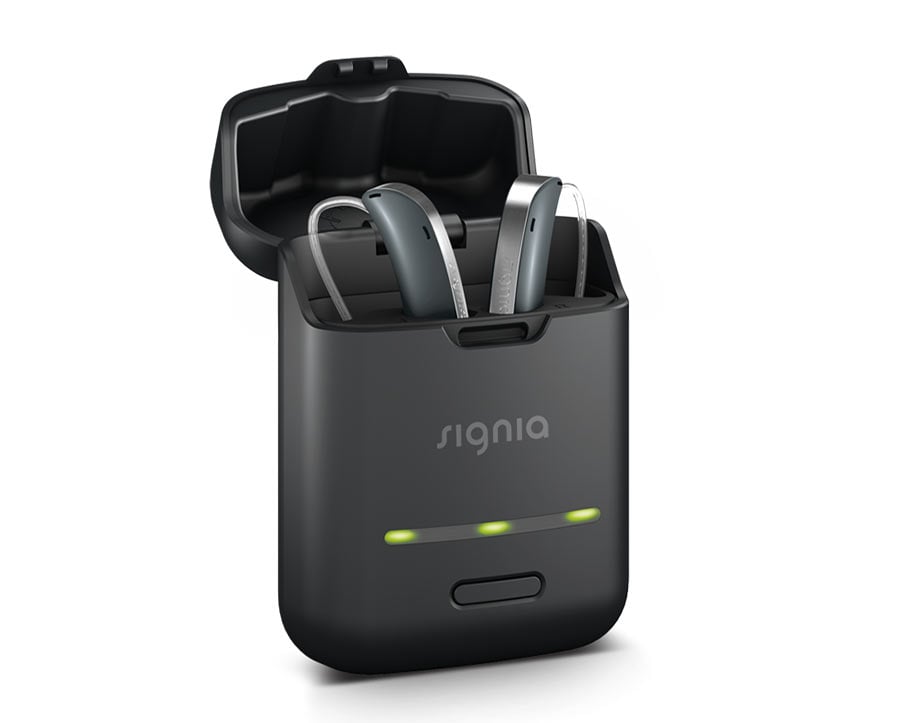 Hahahaha, I was affronted that something so vulgar would sully something so beautiful and spent a lot of time wiping it (that's my OCD again). The charger case really is small but highly functional. It offers three extra charges so you are never out of power and it really is small enough to fit in a pocket.

It has a simple LED system towards the bottom front with a button which allows you to see at a glance what the charge state is. It is a smart charger system which turns the hearing aids on when you pull them out and turns them off when you put them back in to recharge.

Like I said earlier, the devices fit well and they are pretty discreet on. In terms of how they work, they work really well as you would expect from a hearing aid on the Nx platform. The devices worked well for me and they handled the situations I found myself in very well. They handled impulse sounds very well, I was in a cafe with clinking glasses, plates and cutlery, all of which never irritated me.

The Own Voice feature continues to surprise me, it just works. You never have that sense of your own voice being a bit unnatural. I wore both closed domes and open domes with the devices. Again, as with my earlier experience with the Nx platform the closed domes were tolerable, but I settled for the open in the end.

They handled background noise as well as I expected considering my experience with the Pure 312 7Nx last year. In general, they never let me down and I found them a pleasure to wear. Another pleasure was the fact that they are rechargeable, I am actually being slowly swayed towards Lithium-ion rechargeable hearing aids. I really enjoyed just pulling them out of the charger and shoving them back in at night, all the while knowing I didn't have to panic about changing batteries.

The Things You Need To Know

I would honestly recommend these hearing aids to anyone, however, there are a couple of things I would feel honour bound to make clear. Here are those things:

Not Made For iPhone

Unfortunately, these hearing aids are not Made For iPhone or Bluetooth enabled so they don't offer a direct connection to mobile phones or wireless accessories. For me, that isn't a deal breaker, I don't mind wearing a streamer to bounce audio to my hearing aids, but I know some people hate the idea. Update: Just an update here for clarity, the last comment in relation to the streamer was just a general observation. The Styletto is not made for any streaming capabilities, so you can't stream audio to them at all.

Fixed Receivers So Take Good Care Of Them

Although these are Receiver In Canal devices, the receivers are not changeable in clinic. If the receiver fails, the hearing aid will have to be sent away to be repaired. That means at least a week without your hearing aids. So, do your best to take care of your receivers, change the damn wax guards and clean the tips regularly.

This is a really big problem, I see users on a regular basis with their "the hearing aid just stopped working!" The question is always, did you change the wax guard, followed by a no. Pull that wax guard out and show them it stuffed up with wax and voila, the hearing aid miraculously works again.

The problem is, the more you allow this to happen, the more likely it is that wax will enter the receiver and kill it. Wax is like a Ninja Assasin to receivers, killing them day after day. When this happens with other RICs, there is a good chance that the repair will be handled in clinic so it isn't a major disaster. There is no chance of that with the Styletto.

In fairness, Signia offer double protection from wax, they have a grid in their tips that is designed to capture wax and then they have a wax guard at the tip of the receiver. That doesn't mean you can be blase though. While we are speaking about the receivers.

The receivers that are fixed to the device are Signia M receivers, they only come with these receivers. That means that the devices are only suitable for people with mild to moderate hearing loss.

Finally, after about two years the battery life of the Lithium-ion cell will begin to deteriorate. I have been told that the battery life may dip below sixteen hours after two years, that means that they may not last a full day. In fairness, many users do take their hearing aids out during the day for different reasons and thirty minutes in the charger will add an extra five hours.

We do know that Signia will be able to replace the cell, however, that will be another factory job. You will definitely have to send them away to have this done. Signia say that the cost to replace will be negligible so it shouldn't cost you an arm and aleg as they say.

I would say that none of the preceding should put you off, you just need to be aware of it to make an educated decision. I mean I am sure there are plenty of people out there who don't care about streaming and are looking for a reliable and discrete rechargeable hearing aid, if so, these are definitely worth a look.