A Wireless Rechargeable In The Ear Hearing Aid

There aren't very many rechargeable In The Ear hearing aids available. Up to recently, Starkey was the only manufacturer with the devices available. Strangely though, Signia has introduced them on their new AX range but didn't make a big deal about it. It seems strange because the new Signia Insio C&G AX is a wireless rechargeable device that offers both Made For iPhone and Made For Android connectivity. Wireless rechargeable In The Ear hearing aids are very rare beasts indeed, in fact, Signia's offering is the only one. They are the first custom hearing aids with contactless charging and Bluetooth. Let's take a look at the devices. 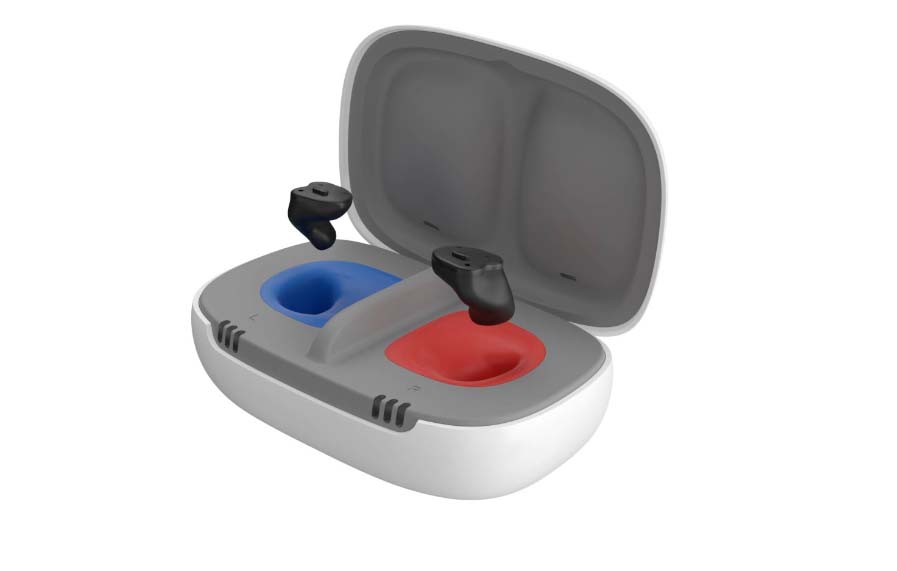 Not Huge, Not Small

The devices aren't CICs, more like ITC or In The Canals by the look of them. So not too huge, and not too small. I think they look around the same size as a 312 powered dual-mic ITC. I think for most people, they will be an acceptable custom device, especially considering the features and the rechargeability. While the devices in the image above are black, they are available in all of the typical custom colours.

As I said, the devices offer wireless charging, which means no contacts and no careful placing of the devices in the charger. I like that, it means that you don't have to be slavish about the placement of the aids in the charger, you can just shove them in and voila, they charge. Speaking of the charger, I really love Signia chargers. Since the introduction of the original Styletto charger, I have been impressed with its functionality and design. Anyway, a single four-hour charge delivers twenty hours of use. That is impressive enough run time for a custom aid.

The Insio is Bluetooth enabled and offers both iPhone and Android connectivity for the app and audio streaming. That is native Made For iPhone and ASHA driven Made For Android. Both systems offer pretty stable streaming of audio but don't offer hands-free phone calls in the manner that the Sonova brands do.

Suitable For Most Losses

The Insio is suitable for most losses up to severe, profound loss isn't covered though.

What Does AX Offer?

The AX platform has two separate digital sound processors, one for speech and one for background noise. That's not quite how they work, but the focus of the processing and sounds handled deliver it. The Augmented Focus feature uses two independent sound processors. The first concentrates on ‘focus’ sound like the speech of a conversation partner.

The second addresses ‘surrounding’ sounds like background music or ambient laughter. The two processors capture focus and surrounding sound independently to create greater contrast between the two which offers a better presentation of focus sounds over the surrounding sound. The feature is based on the input of sound captured by the directional microphones which you can see in the diagram below. 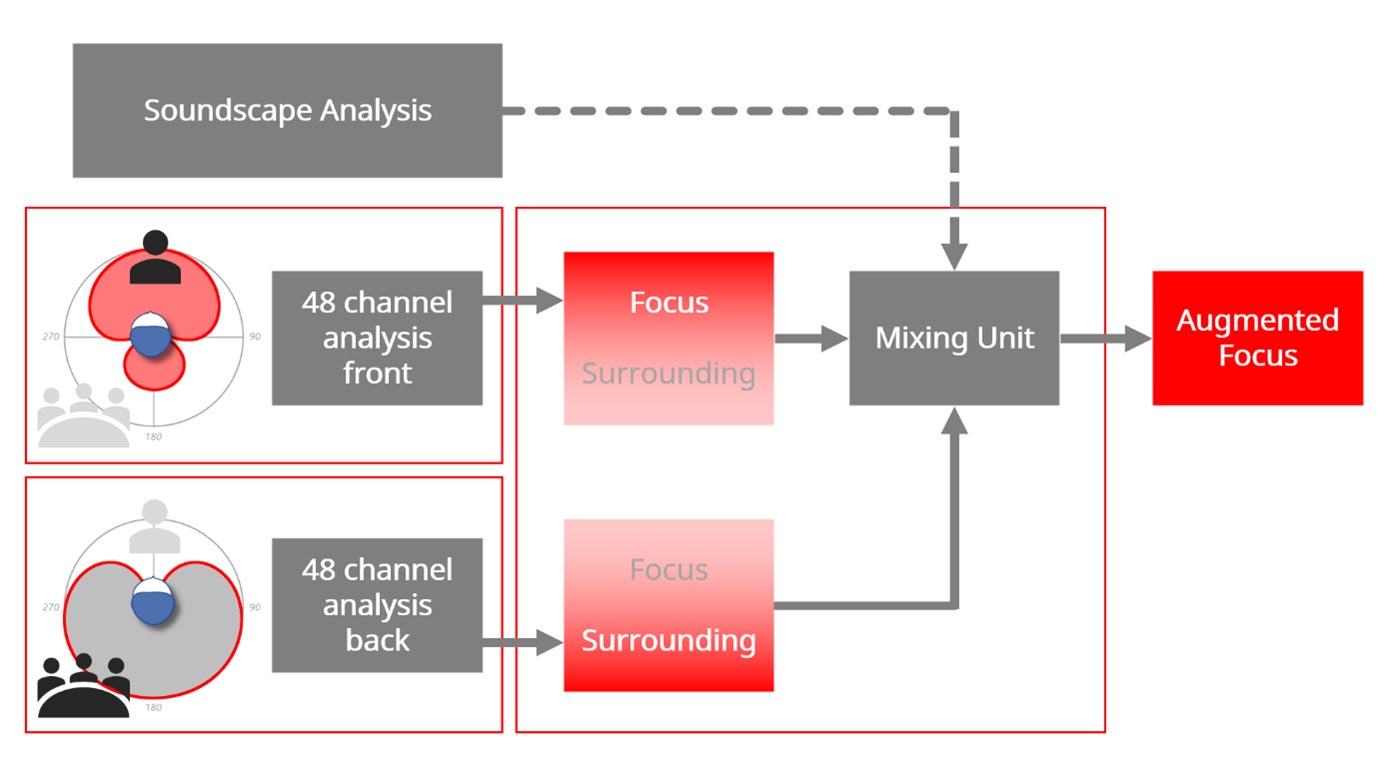 Both processors can choose to be Focus or Surroundings, it depends on the situation. The decision on which is based on a presence of a speech signal. That is really interesting because it opens up other possibilities for the use of the two separate processors. Possibilities that could lead to whole new strategies for handling speech for better perception.

The demonstrations of the sound processing, of which there are many on YouTube, are hugely impressive. The devices appear to make conversation and speech understanding easy in situations where you would expect real problems.

The App and Signia Assistant

Like many of their aids before now, the AX has an app that offers the Signia Assistant amongst other features. I mention the Assistant here primarily because of some of the feedback I have heard about it. Users love it, they feel it offers them true in the moment control over their hearing aids in a really simple manner. The aids look nice, the charger is pretty cool and the sound strategy is fascinating. These aids look great, but I kind of wonder why Signia isn't shouting from the rooftops about them.

Like us on Facebook by clicking the button below to keep up with our latest utterances. Alternatively, if you don't like Facebook, sign up for the newsletter below. It is important to remember,  a hearing aid isn't properly fitted unless they do Real Ear Measurement.