Starkey Announces Hearing Aids of The Future at Starkey Expo

I have written many articles about the introduction of sensor sets to hearing aids and the massive change that it would make to my profession and to users. Most of those articles have been firmly aimed at professional circles as opposed to consumers. Last year I delved a little into the idea in the article Hearing Aids, What's The Future?. I am really excited that one of the hearing aid brands has decided that their future includes the vision of a connected user, a vision where hearing aids are a device with a deeper use case. 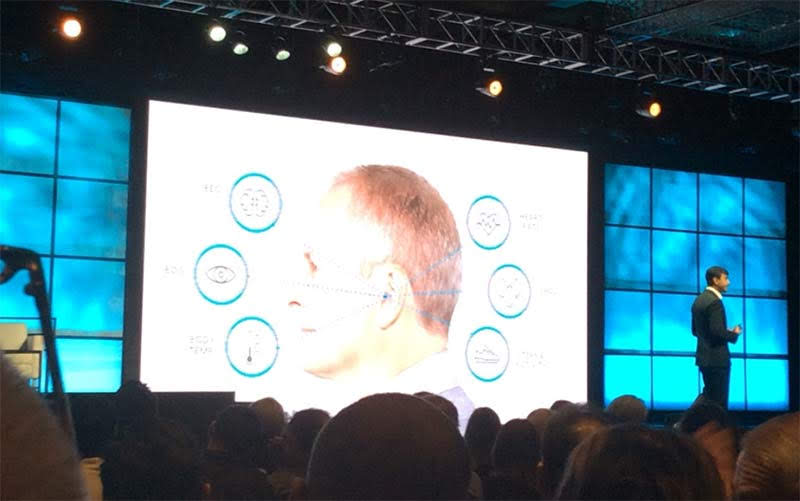 I have witnessed the average age of the people I treat drop dramatically in the last decade. Not just that, my Patients are more active, with a healthier outlook. Hell, have my Patients wear Fitbits and do more exercise than I do. Although in fairness, that ain't hard. I believe that hearing aids can go far beyond just helping you hear better. I believe that as the technology becomes available and the hearing aid brands become braver and more innovative, that the devices we now know as hearing aids will become multifunctional devices that have a deeper place in user's lives.

I have also said that I think that sensor enabled hearing aids will help to keep older adults at home for longer. The Western World has an ageing population and we are living longer in general, those two facts have placed severe pressure on health systems. There are systems available that use biosensors to monitor older people in their own home. It allows family members and carers to keep elderly relatives under surveillance at home.

It does so through smart connected devices in the home and sensor sets that are worn by the elderly. It can tell carers if the relative is standing up or lying down, it will inform them of their pulse and temperature. The system can incorporate extra features depending on the person's needs. These include sensors on doors, beds and cupboards. It also connects to a variety of medical sensors, either on the person's body or on other devices, which can transmit details of pressure, weight, blood sugar levels, temperature and even oxygen in the bloodstream.

The cost of elderly care is outrageous, you could stay in a five-star hotel with meals for the price of a semi-decent care home. The costs are just rising, they aren't getting any cheaper. While care homes are increasing their standards and some are attractive places to be, they aren't home. It is also well known that the longer we keep an elderly person in their own home the better it is for them and the happier they are.

Hearing Aids as The Centre of Your Health

Hearing aids are in fact, an ideal place to mount such sensors, the ear canal can be tapped for a huge amount of biological information. Information such as blood oxygen level, pulse, blood sugar level, even brain wave signals. If we couple those sensor sets with inertial sensors we can easily detect movement. I think it makes perfect sense to do so, I think it will expand the use case of hearing aids and ensure that they deliver more value to users over and above just hearing better. Although, I do believe the gift of hearing better is life changing to someone with hearing loss.

Apparently, Starkey Think it as Well

So, apparently, Starkey think it is as well because they have set themselves on the path to be the first ever hearing aid brand to incorporate inertial sensors. Those inertial sensors will be used to track activity and detect falls, if a fall is detected, the hearing aids will alert people that it has occurred. Not just that, there is also talk about instant language translation as well. I mean how fricking cool is that? There is no word about pulse or blood oxygen levels, but inertial sensors are a really good start.

That slogan has been floating around the hearing profession for some time, but do you know what, these definitely are not going to be anything like your Grandfather's hearing aids. I look forward to finding out more and as I do, so will you, keep tuned folks, the future is coming.