We have had a fair few questions about earwax removal and its effects. So I thought it was a good idea for us to write an article that answered as many questions as possible. So here goes, this as always isn't a definitive list of questions answered, but if you have any others, just contact us and we will do our best to answer. The questions and answers here are relevant to both micro-suction earwax removal and irrigation ear wax removal. 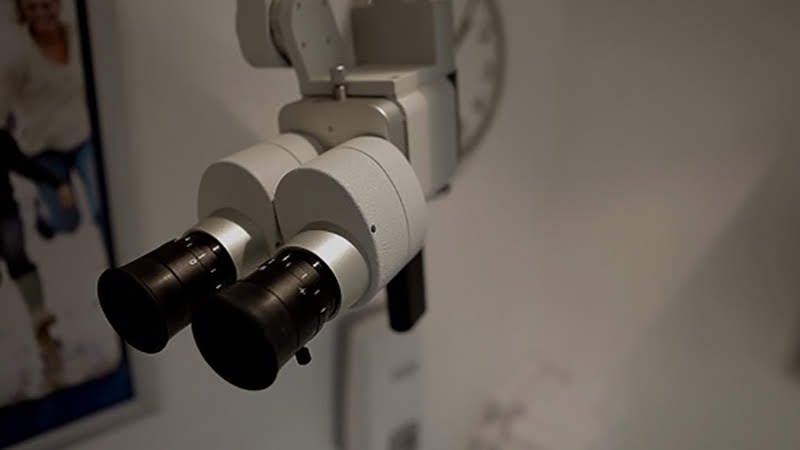 I suppose it depends, if you are talking about the earwax drops you buy in a chemist, well then the answer is yes. The companies that manufacture the oil take great care to ensure that it is inert. In essence, they boil the oil to make sure that there are no living organisms in it that may make a home in your ear.  If you are making your own with olive oil or almond oil, boil it first, then let it cool and bottle it. Likewise, over the counter ear drop solutions with hydrogen peroxide are carefully controlled. They are usually no more than 2 to 3% hydrogen peroxide.

If you are talking about the ones you can buy in a chemist, I would have to say yes, however, follow the instructions carefully. If there is a bulb syringe type device with it, be careful of how much pressure you use on it. This method of removing wax can be dangerous, if you introduce the water to your ear canal under too much pressure, you can burst your eardrum. Very painful, very messy and will damage your hearing. So be careful how hard you squeeze the bulb syringe, harder is most definitely not better!

The answer to that is a resounding no, not only are they not safe, they actually don't help to remove earwax. You can read more about Hopi ear candles here. Honestly, just don't do it, people who offer these ear candles make ridiculous claims about them with no hard scientific backing. Put simply, they don't work.

In general, ear wax removal by micro-suction is a safe procedure, however, as with any medical procedure, there are things that may go wrong. The risks are as follows:

You can read the full answer to this question in our Q&A Faqs article named funnily enough "Is Ear Wax Removal By Microsuction Dangerous?"

Yes, no, maybe? This is a difficult question to answer, it depends on what you are going to do. If you plan on shoving an implement deep in your ear canal in an effort to remove wax, well then I would say HELL NO! If you are planning to use hydrogen peroxide mix followed by irrigation with a bulb syringe, well then I would say maybe. If you are going to try to remove ear wax at home, get a kit in a chemist and follow the instructions carefully.

This is a tricky one, yes it could, but it needs to be undertaken by a professional and it needs to be done with micro suction. Let me explain, sometimes with an ear infection, there is effusion, basically, sticky fluid which may end up in the ear canal if the eardrum perforates. Removal of this infected material can only be good for you. An ENT (Ear Nose and Throat Specialist) may decide to remove this from your ear canal to promote healing. If that decision is made, the stuff will be sucked out using micro suction.

Can earwax removal cause tinnitus?

Can ear wax be removed with hydrogen peroxide?

Yes, it can, ear wax can occlude the ear canal which can cause the perception of tinnitus or make existing tinnitus even worse. So removing that ear wax will help to relieve tinnitus in these cases.

Can earwax removal cause bleeding?

In general, irrigation earwax removal (done with a special pumped water machine) would not cause bleeding, or at least never in my experience. However, I have heard of cases where the ear canal was pinched during micro-suction which caused a small bleed. I have also heard of the canal being grazed during manual earwax removal which again may cause a bleed. So, the answer is yes, but in general, it is a small problem which will not cause any discomfort.

Can earwax removal cause hearing loss?

I had never heard this one until recently, however, earwax removal undertaken by a professional may cause a slight temporary hearing loss, but only in very rare cases. The temporary loss is called a temporary threshold shift and it may happen in response to noise within the ear canal while the earwax is being removed. If you are mad enough to try to remove earwax yourself, well then you could certainly give yourself a more permanent hearing loss by bursting your eardrum or even damaging the bones in your middle ear, Don't do it.

Can earwax removal cause damage?

This one is a bit general really, however, I think any medical procedure has the possibility of going wrong. Having said that, in my experience, I have never seen or heard of any damage done to a Patient's ear during an ear wax removal procedure undertaken by a professional. Earwax removal undertaken by someone who doesn't really know what they are doing is a different matter, I revert to my previous statement, just don't do it.

Can earwax removal cause vertigo?

Vertigo is actually severe and chronic dizziness, so no, earwax removal shouldn't cause vertigo, however, ear wax removal by irrigation may cause some dizziness. Sometimes when water is introduced to the ear canal it can cause dizziness, particularly if the water is cold.

Can earwax removal cause dizziness?

Yes, it can, irrigation earwax removal undertaken with water that is too cold can cause dizziness. In fact, during balance testing, we use cold water against the eardrum to induce dizziness. That is why we are very careful to ensure that the water we use to remove earwax is at a very precise temperature.

Yes, it can, but only if the earwax buildup has caused the tinnitus in the first place.

Again, yes it can, but it will only reverse the hearing loss that was caused by the earwax buildup in the first place.

Earwax removal undertaken by a professional really shouldn't, it might cause some discomfort, especially irrigation because your ear canal is full of water, however, it should not cause real pain. If it does, something has probably gone wrong.

Yes, it is very effective, not really sure where this one came from, to be honest. Again the caveat is going to a professional. Although in fairness, I have seen people arrive at my clinic who have allegedly had earwax removed a couple of months before that simply couldn't have. When earwax is old it is black and hard.

Which ear wax removal is the best?

That's a hard question, many people like micro-suction and it is most definitely the fashionable procedure right now. However, I personally like irrigation, mainly because it washes everything out. With micro-suction, there may be some wax near the eardrum or on the canal wall left.

However, having said all of that, if you have ever had a perforation of your eardrum, you are probably better off going for micro-suction. The last thing you want is water in your ear canal if there is any chance that you might have an active perforation in your eardrum.

How does ear wax removal work?

Microsuction ear wax removal is undertaken using a specialist medical suction pump attached to a very thin cannula (probe). The professional will use either an ENT Microscope with a light source or a set of surgical loupes with a light source to see into your ear canal. They will introduce the cannula to your ear canal and gently suck the wax out. The procedure normally doesn't take that long, although it depends on the amount of ear wax in there.

Irrigation ear wax removal is undertaken with a specialist medical water pump. This type of procedure has replaced syringing because it is much safer. The water pump pressure is controlled so that there can never be too much water pressure in the ear canal. The professional will use a headlight to illuminate your ear canal and then introduce the washing probe to your ear. They will then begin spraying the water into your ear canal. The water is aimed at the top of your ear canal and slightly towards the eardrum. This slowly washes away the ear wax and it is caught in a tank as it washes out.

As I said, this isn't a full question and answer article, but I think it covers most of the questions about earwax we get asked, If you have any question that I haven't covered, get in touch with us at info at hearingaidknow.com. If you are looking for earwax removal near you, take a look at the trusted providers associated with us.