Denial about hearing loss hurts you and your relationships 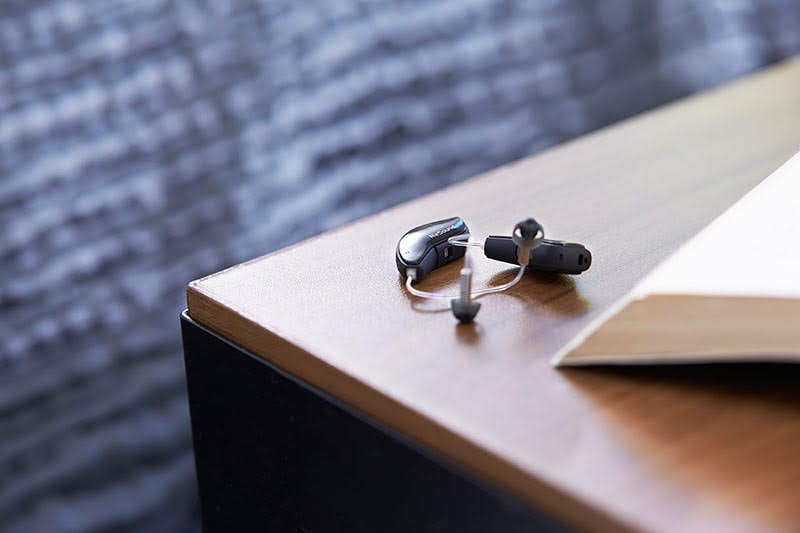 I have recently returned to Practice, mainly because I missed dealing with people and the simple joy of solving their problems. I have been surprised at how much denial of hearing loss is still a factor in my consultations. For some reason, I assumed that over the years I have been away doing other things that education and awareness would have changed things. I was pretty shocked to find out it hadn't!

My own cognitive bias

I am afraid it is my cognitive bias at play, I am the type of person that if I have a problem I deal with it. So when I come to the time when I have a hearing loss, I will deal with it without much thought. I also suffer from something called don't really care. I am not very good at considering what other people think about me. It is not arrogance or pig-headedness, it is simply the concept that what other people think about me is none of my business. I look to myself for my own happiness. So stigma will not be an issue for me to consider when the time comes.

If you don't address your hearing loss you are in fact limiting your life, limiting the experiences you have and the people you communicate with. I have always known this but it came into stark contrast in one particular consultation recently. One person explained to me that they knew they had hearing loss and associated problems, but what they had done was to change what they do to accommodate it. They went to quiet restaurants and cafes, their friends knew they had hearing loss so they adjusted to help out. They just avoided noisy situations so they didn't face problems.

I wanted to scream, I wanted to say WHY! So let me get this straight, you have a problem, but it is not that bad because you are limiting your lifestyle so you don't have to face the problem. Oh, and all your friends know so they adjust their behaviour. Really? And this makes sense to you why? Many of us professionals find it difficult to deal with this level of denial, most of us look on our job as to identify a hearing loss, identify the areas that the hearing loss is having an effect on in your life and then educating you on what is happening and providing treatment options for you to make decisions on.

When we are faced with this level of denial we begin to ask questions, but in doing so we feel that we are moving towards selling you a solution. Many of us feel uncomfortable in that position because we see ourselves as quasi-medical professionals, not sales people. Don't get me wrong, we know there is a sales element in what we do, but it is not the over-riding focus of our profession. There are many things I can say here, that I feel comfortable with, things that I might not feel comfortable saying in a consultation. So here goes, with both barrels, buckle up!

Honestly, are you mad? Your denial is ruining your enjoyment of life and all of its wonders. Your denial is limiting the experiences you expose yourself too. It is limiting you socially, something that we know has a dramatic effect on your general well being. I know you are smarter than this, so the question I will ask again is are you nuts?

Your family and friends are exasperated

Yup, they have a pain in their famous place with you and your denial, believe me, they are. Expecting them to adjust for you and your problem is really arrogance, you have decided to limit your life so they should as well? They won't, what will happen is eventually you will end up isolated. They will become exasperated with repeating themselves, they will become exasperated with always being your interpreter.

Nope, they aren't, you can't hear them properly, your ability to hear the high-frequency consonants in speech has been dramatically affected. Those sounds are exceptionally important for the clarity and understanding of words. They are still saying them, you just aren't hearing them properly. So again, hate to burst your bubble, it isn't them, it's you.

Everywhere is so noisy, no one can really hear properly

The effects of hearing loss on mental health and relationships

If you ignore your hearing loss you will have a dramatic effect on both your own mental health and your relationships with family and friends. I talked about this a little earlier but let's look at what clinical studies say. Unfortunately, the biggest studies are US based, but people are people no matter where they live. A study by the National Council on Aging (NCOA) in the States found that those with untreated hearing loss were more likely to report depression, anxiety, and paranoia. Paranoia was a bit of surprise for me, but when you consider it, it probably makes sense.

This study also attempted to understand the impact of untreated hearing loss on the family members and close friends of people who suffered with it. They questioned just over two thousand close family members or friends of the hearing impaired were asked a parallel set of questions both before treatment and after treatment. It was shown that the benefits of treatment with hearing aids were significant. There were improvements in many areas of life including relationships, social life and sense of independence. In fact, in most areas there was a dramatic increase. Strangely enough, the benefits were always felt more by the family members rather than the hearing impaired (1.).

Listen, we could go on here but the point of this article is not to beat you over the head with your failings. Because they aren't failings, hearing loss is a simple condition that needs treatment. It is not a failing, it is not a sign of weakness, it is not something that reduces you. It is only all of these things when you don't decide to treat yourself. That is your only failing. Because not treating the problem leads to consequences for you, your family and your friends. That is the real problem.

Denial of hearing loss effects is common, but not good

Can you cope without your hearing aid?

Infographic about hearing loss from Amplifon

Can you cope without your hearing aid?

Infographic about hearing loss from Amplifon

A poem about hearing loss