And They May Just Be The Most Advanced Yet

In a statement recently it was announced that Starkey would partner with an Israeli start up company called Humavox to introduce a brand new wireless recharging system for their hearing aids. It would mean that Starkey would probably lead the field with the most advanced system to date if it is introduced. Let me explain.

You can read the current state of play for rechargeable hearing aids in 2017 here.

Firstly, we are making some assumptions here and nothing other than the partnership has been announced, however, we think those assumptions can be called educated guesses. I would think that the devices will be based on Lithium-ion technology. That would make the most sense as it is hands down the best system available for hearing aid use.

I also think that the system will be a true wireless charging system, because that is what Humavox is famous for. Let me explain what wireless charging is in this context. Humavox have designed a radio frequency system that allows them to charge a device via radio signals. Sounds fanciful but that is exactly what it does. 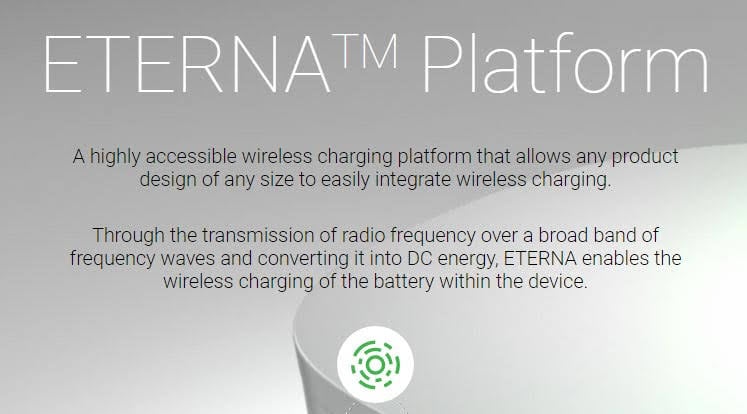 It does this in the near field, which means that the charging station and the devices to be charged have to be in proximity to each other. In one of their promotional videos they show a table which acts as a charging station. You simply charge your device by putting it on the table. Update here, we were talking to an engineer friend who told us that for the system to work without interference from other radio signals, the charging stations needs to enclose the object being charged. Which means that the devices would have to be dropped into a case or box. It still would be exceptionally easy as you wouldn't have to think about putting them in a slot or lining up contacts, you would simply drop them in.

When delivered it should mean that Starkey devices can be charged easily and without fuss, you will probably just have to drop them into their case and they will charge automatically without any fuss. However, only time will tell and without  doubt there will be difficulties that the engineers have to overcome. You can read about the latest and best Rechargeable Hearing Aids here.

Widex introduce a Made For iPhone Hearing Aid At EUHA